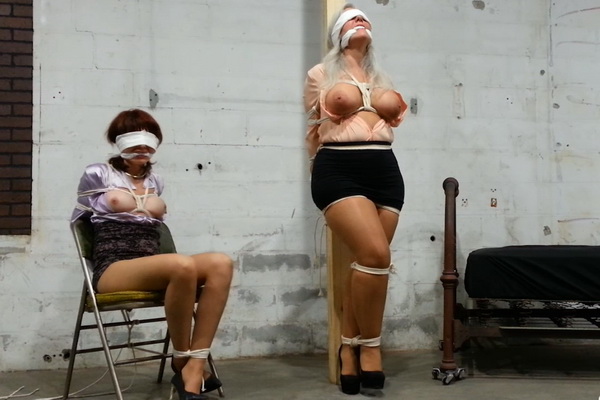 Sexy Secretary Sandra and Vivienne Joins Tightly Tied Ladyboss For Tight Tit Ties, rough groping & Forced Orgasms from Bondage-minded Brute! Part 2 of a 3-part Custom Video!
Poor Vivian heard the cries of Sandra when he was tormenting her, now it’s her turn. He carries the gagged and blindfolded Vivienne in over his shoulder, sternly plants her in the folding chair near the (still) pole tied Sandra, lashes her pantyhosed legs crisscrossed at the ankles (leaving her nice and vulnerable), attaches them to her wrists behind her, and begins his fun, and her torment. He tears open her silk blouse, gropes her perfectly perky nipples and attacks her with the magic wand vibrator. She tries to squirm away, but a meaty hand around her neck stops her in her tracks. She has no choice but to endure every agonizing orgasm he feels like wringing out of her. He leaves her in a quivering pile. She can hear the muffled cries of her co-captive, but now they both hear another muffled voice! Oh, no! Are they about to become a captive trio?! 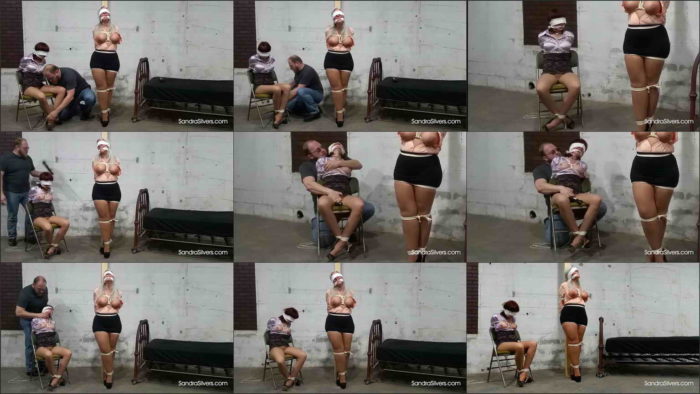