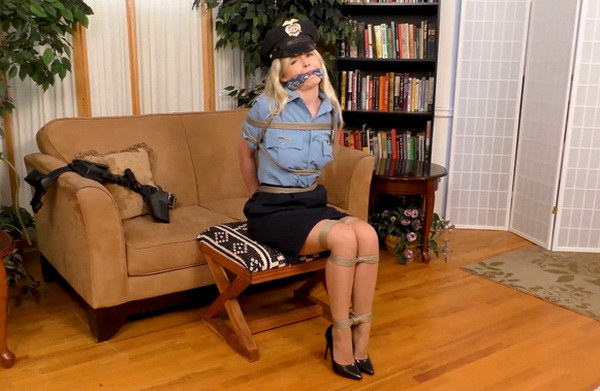 This tale of novice cops in trouble begins with Officer Lilly Bell. On her first assignment, she goes to the wrong house and she immediately regrets the error when she’s nabbed by the evil occupants. The adorable blonde is restrained with her own handcuffs, and she tries to elicit sympathy and negotiate her release. Instead of letting her go, the luckless law-woman is tied in a classic position seated on a stool and she’s cleavegagged with a bandana. Lilly struggles against the bonds, but her escape attempts are fruitless. Then her uniform blouse is opened up to expose her breasts, she’s ballgagged and her feet are bound apart. Her skirt is hiked up allowing an unobstructed view of her pantyhose, and she ultimately manages to slip her feet out of her high-heeled shoes. But Officer Bell’s misadventure is just getting started! 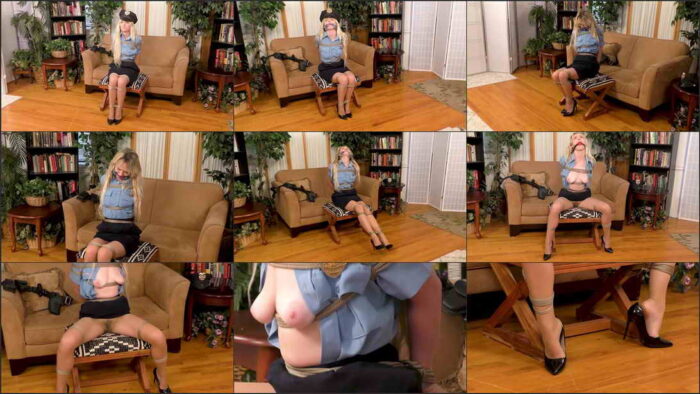