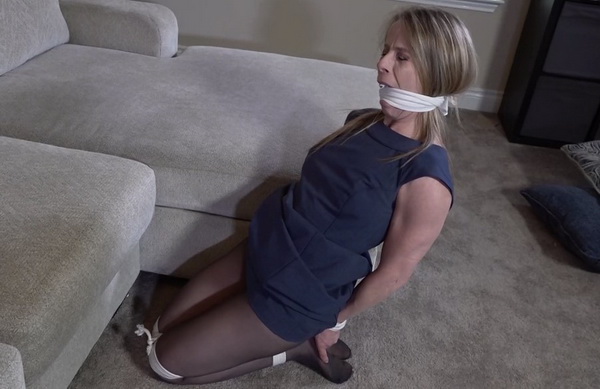 This man bought a Magic vase from someone who claimed it would grant him several wishes. It cost him a lot of money. But the man assured him if it didn’t work, he could get his money back. The first time he tried, it didn’t work and he called the person to demand his money back. But, the person explained to him, that he wasn’t doing it right and explained further. Sure enough, the man wished for a car and money and just like that he was rich with a new car. Then as he tried to think of what else he wanted, he got an idea. The man was into bondage and had always dreamed of finding a girl who would let him tie her up. So the man rubbed the Vase and said that he wanted a woman there in his living room who was bound and gagged. Something happened and suddenly, right there on his couch was woman tied hand and foot. The only problem was, He was, the woman. “No, this isn’t what I wanted!” He pleaded with whatever magic being, that controlled the vase to hear. Then he, well now, She realized all she needed to do was rub on the vase and wish for her to be himself again. But suddenly, the vase disappeared. So she struggled hard to get loose. Then she realized she wasn’t gagged and could scream for help. When she mentioned it to herself, it provoked the Vase and soon her mouth was stuffed and gagged. Then as she struggled more rope magically appeared and soon the woman was tied and gagged “about” as helpless as she could be. That is until the Vase saw her hop to the window looking for help. Soon the man, now a woman was hogtied and now “totally” helpless. 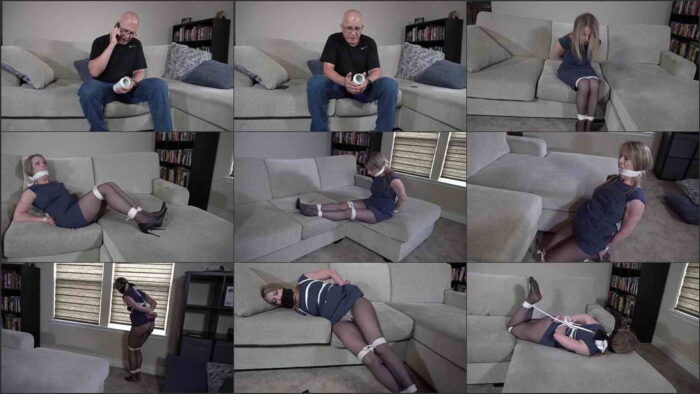 Sahrye hogtied and gagged, If I could just get this wad of panties out of my mouth!

Kendra Lynn bound and gagged – That is not going to fit in my mouth! GNDB0514