Home » Bondage M/F » Gagged Kendra Lynn – I should have screamed when I had the chance! 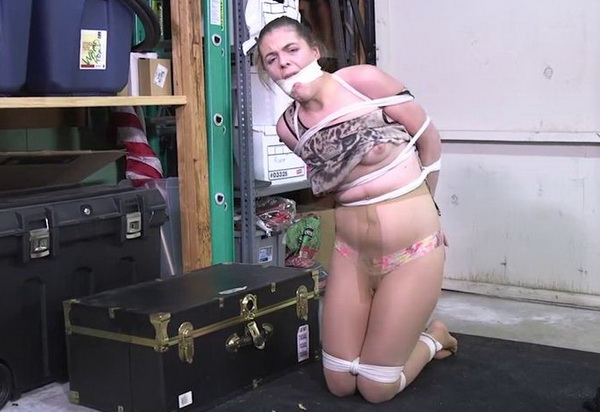 Kendra was tied up in a garage by some man. When he walked behind, she wondered what he was up to. Then he stuffed something in her mouth and Kendra then that she missed her chance to scream for help. Because after he wrapped tape around her face and between her teeth, she realize she was gagged and was going to stay that way until someone rescued her. Kendra was then left to struggle bound and gagged. Later, her top was pulled up and pantyhose and panties were pulled down.