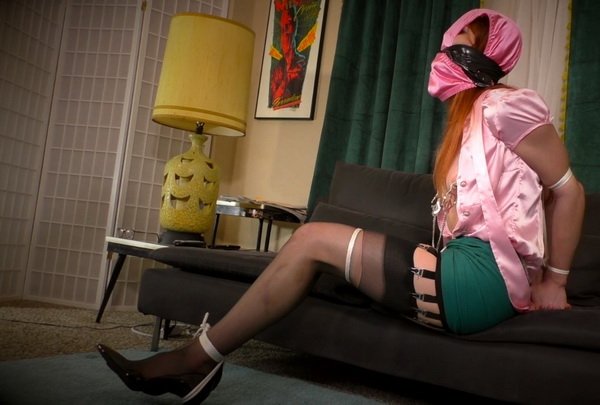 Nyxon knows that her husband is sleeping with his secretary, so she invites her (Lilac Sphinx) over for a little chat. She offers Lilac a special drink, and the ladies begin to make some small talk. Lilac begins to not feel too good, and asks Nyxon what was in the drink. Nyxon smiles & replies, “Ancient German Secret” as Lilac rests on the couch. When she opens her eyes, Lilac finds herself tied up with rope & her pink satin blouse unbuttoned exposing her small tits. She groggily struggles to try & get free, but Nyxon confronts her & tells her that she knows what’s been going on when her husband is “working late”. Nyxon then grabs a pair of clover nipple clamps, and Lilac wails as they’re placed onto her nipples. Nyxon then places a black satin cleave gag in Lilac’s mouth & ties it nice & tight. Finally, to add to Lilac’s humiliating predicament, Nyxon removes her pink satin panties & places them over Lilac’s face, taping them in place with a black electrical tape cleave gag. 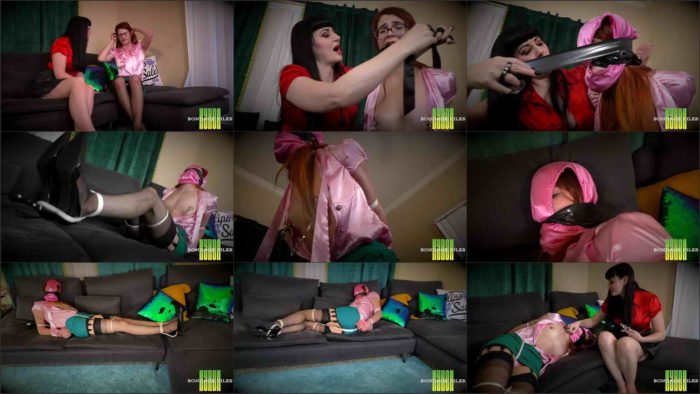