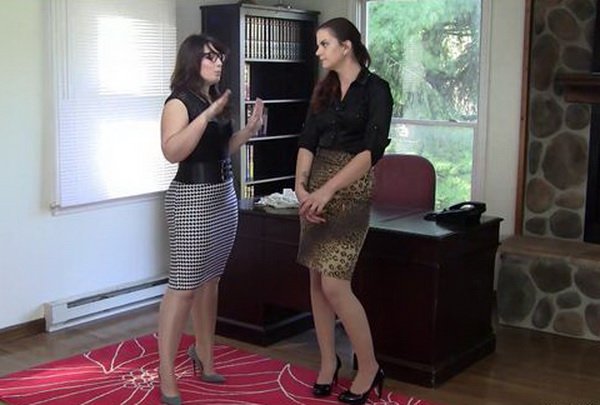 Elizabeth is talking on the phone waiting on Hazel to arrive and when she finally does she wastes no time in grabbing her and taking a bit of a visual appraisal of her. Grabbing some rope she binds Hazels arms behind her back at the wrist and elbow before stuffing her mouth and microfoam gagging her. She has Hazel perform a few menial tasks while bound before sitting her on Mr. Big Bosss desk and binding her ankles. Hazel is then put through her paces in a few answering the phone drills before being moved to a chair where shes made to struggle and answer a few more fake phone calls. Lizz then finally being done with her training portion takes her out of the office and on to another task.