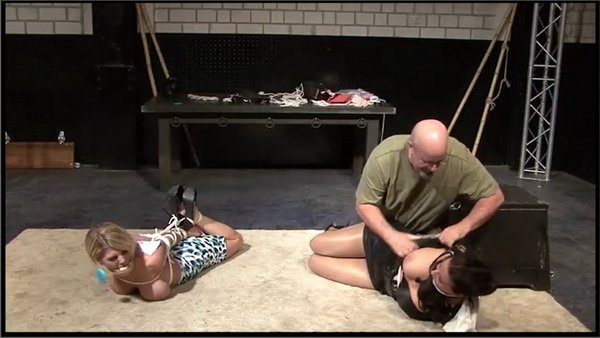 This was a few years back at Boundcon, before the harsh lighting days, lol. I had seen a few videostills of these ties over the years and I wanted to see more. Luckily the event organizer is a friend and is allowing me to use clips that were shot for him there. Jim Hunter is a master at an archie hogtie without the rope being tied off to something for support. His trick to get the girl up on his knees as he pulls the hogtie rope. I like the effect. It made for a great chicken wing hogtie on me and of course Carissa looks incredible with her blond hair, lean physique, in an elbow tie with those giant boobs! Carissa isn’t a fan of gags, he goes pretty easily on her but he quickly cripples me with a couple layer stuffing gag.