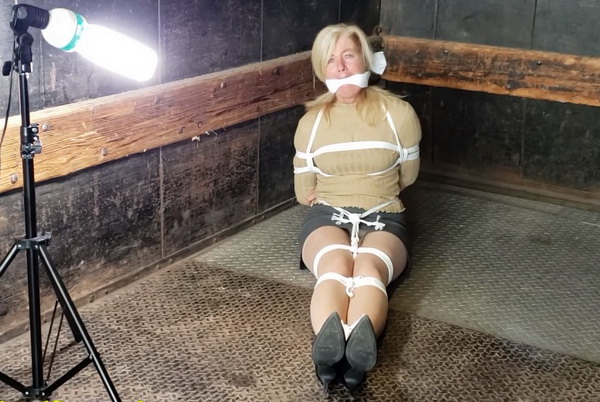 Dakkota was short on money, and had wanted to break into the modeling biz for some time, so she had no hesitations about answering the ad in the back pages of her local newspaper. Sure, she had heard about the other two women who gone missing lately, but she had no reason to connect their disappearance to this man. At first, he seemed perfectly harmless, asking her permission to touch her before beginning the bindings and explaining each and every thing he did to put her more at ease, not to mention constantly checking in to see if she was okay. But once the blonde beauty was thoroughly bound, his demeanor changed. He began to fondle her body, claiming she was his muse. Creeped out, Dakkota demanded release but all she got in return was a mouth stuffed with old rags and taped shut! Wide eyed, she fought against the additional ropes that began to encircle her body, realizing she was in serious trouble. Her fears were only confirmed when the photographer explained exactly what had happened to the two young ladies who had vanished, and how Dakkota was slated to be number three! But before committing her to their fate, he transferred the helpless hottie to an old freight elevator. Her gag temporarily removed, she called for help, the only sounds the rapidly diminishing echoing of her own voice. When the photographer returned, he tightly cleave gagged the lady, cutting off her pleas before they could begin! Watching in horror as he set up his lights and camera, she knew that he had been honest about one thing: he was indeed a photographer, and he was going to document every second of her demise! 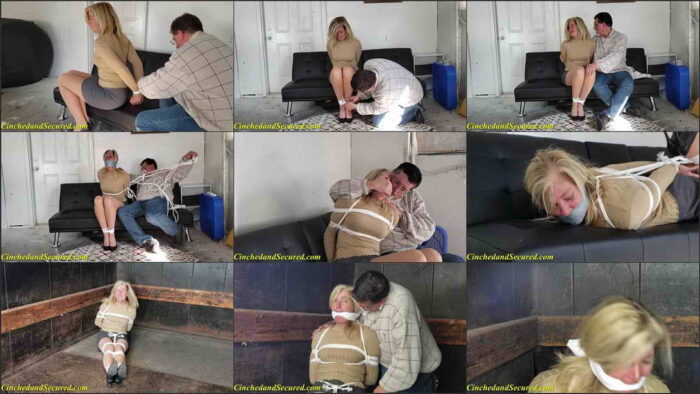 Bella Luxx and the Burglar, Cinched and Secured

Nyxon – Boyfriend vs Burglar, Cinched and Secured
Get a PREMIUM Membership Now!