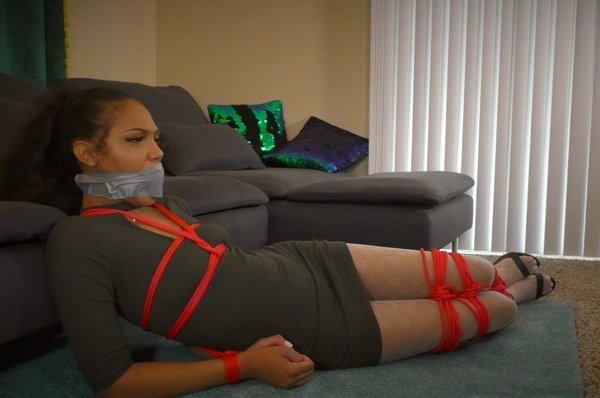 Nyxon & Honey really want to take a summer vacation, but they just don’t have enough money to go somewhere nice. They brainstorm for a few minutes, when Nyxon has the bright idea of committing insurance fraud. Honey is a little leery, but Nyxon assures her that she has a fool proof plan. She’ll tie Honey up to make it look like the place was robbed, and they’ll use the insurance money to go on vacation. Honey still isn’t sold, but Nyxon tells her to relax, and she goes to grab some rope. The next scene opens up with Honey tied tightly on the couch & Nyxon sitting next to her. She decides that the plan needs a little more authenticity, and shoves a rag into Honey’s mouth & then wraps some tape around her head to seal in the rag. Honey begins to yell & moan through her gag, but Nyxon is too pleased with herself to notice her friend’s distress. She leaves Honey to struggle & heads off to call the police. 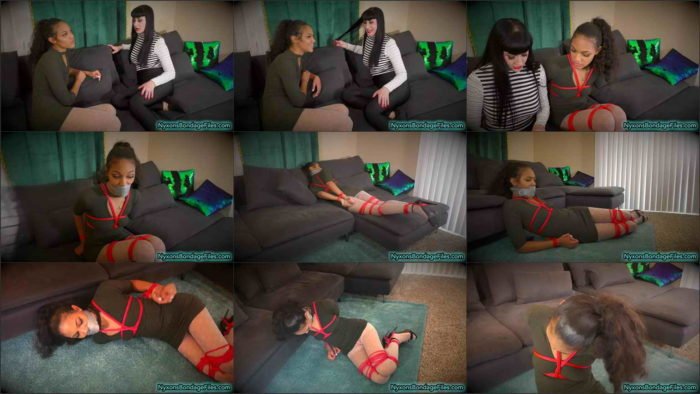