Home » Bondage M/F » JJ Plush – He was there to rob her but she wanted to be bound, borntobebound 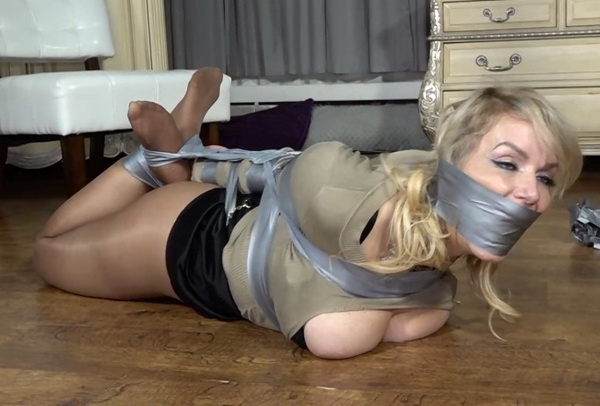 A man (Steve Villa) wants a womans safe code but she says she doesn’t know it. He has to restrain her. She can’t contain her excitement. Finally, something other than the mundane day to day… He can’t find rope but he does find plenty of tape. He stuffs her mouth with panties and tapes it up tightly. She wriggles around and moves about despite him telling her not to so he adds more tape to her, binding her elbows and taping her chest. She still struggles about. When he returns he cuts her sweater and lays on the ground. He invites her to use some of that energy bouncing around on him. When he is done he hogtapes her on the floor…. 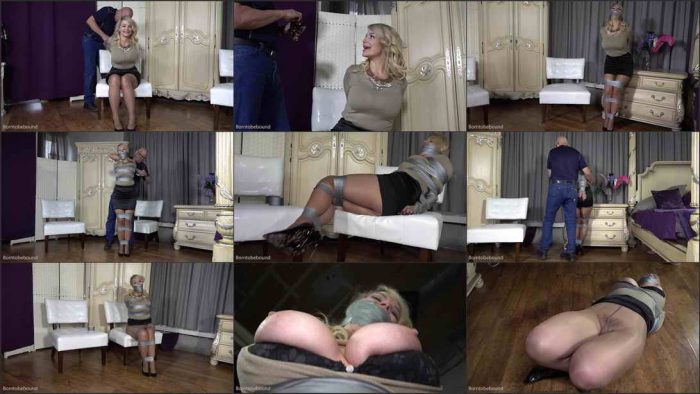 JJ Plush tape bondage, You can not dress like that here, Borntobebound

JJ Plush All wrapped up, borntobebound

JJ Plush Bound and Gagged, My client likes what he sees, borntobebound