Home » Bondage M/F » JJ Plush tape bondage, You can not dress like that here, Borntobebound 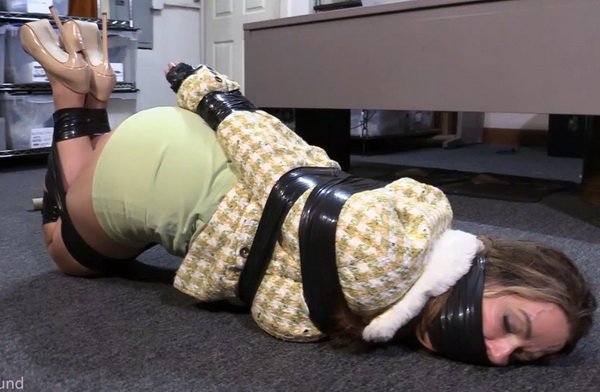 JJ wears things that are way to tight and small to her office job. Her boss has talked to her about it. His wife hates her, the other women hate her and then men think she is easy. She thought adding nylons and a blazer would make her classy enough for him but he didn’t see any difference from other days. She still looked sleazy to him. He decides to get her taped up and head out to buy her some conservative loose clothes. First her legs while she sits on the desk and then her arms while she teeters on her tall heels. He leaves her and she makes her way over to her phone. When he sees her with it he grabs it and tapes up her hands so she can’t make the call. She has already been gagged with silky pink panties that he cut off of her while she was bent over the desk. Her mouth has been stuffed and her face wrapped very tightly with black tape. He gets her to the floor and tapes her into a sort of hogtaping and leaves her thee mmphing about and helpless on the floor. 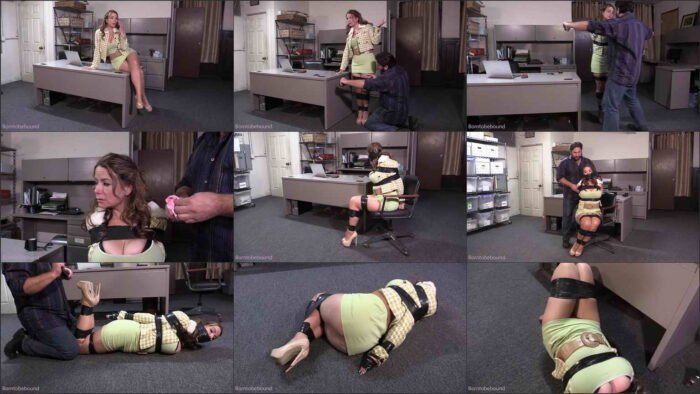 JJ Plush bondage – It wasn’t a gift, it was a very bad Santa

Rachel Adams and JJ Plush – The heiress and the investigator

JJ Plush bondage, You didn’t escape so you aren’t getting paid

Borntobebound JJ Plush bondage – Give it up or else!