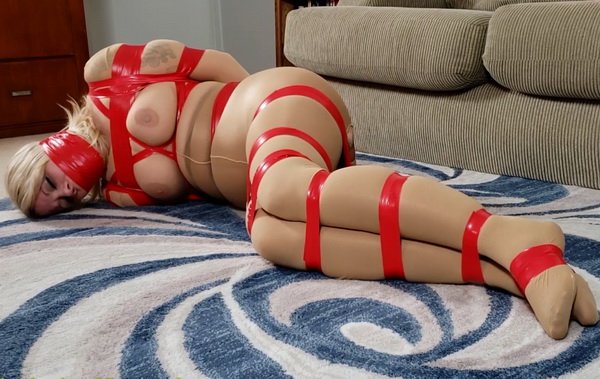 The radio had been blazing with bulletins about the nylon napper, a burglar who subdued his victims by stripping them naked, encasing them in nylons, stuffing their mouths and taping them up EXTREMELY tightly. Unfortunately, by the time Jana heard the reports, she was already learning about his methods first hand! Now, nude, nylon packed and gagged, she struggled in futility, grunting and mewling into her massive packed and taped mouth, her huge natural breasts and massive areola straining against the nylon, but they had just as much chance of breaking free as Jana did! She squirmed and wriggled like a flopping fish in her bondage, furious with herself for falling victim to the man, and wondering just how long it would be before anyone found her and freed her! 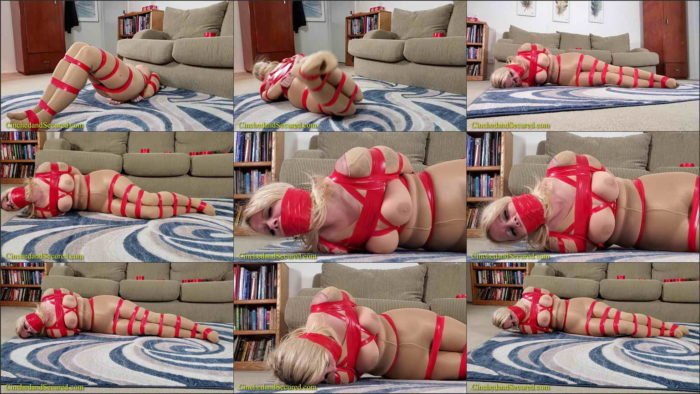