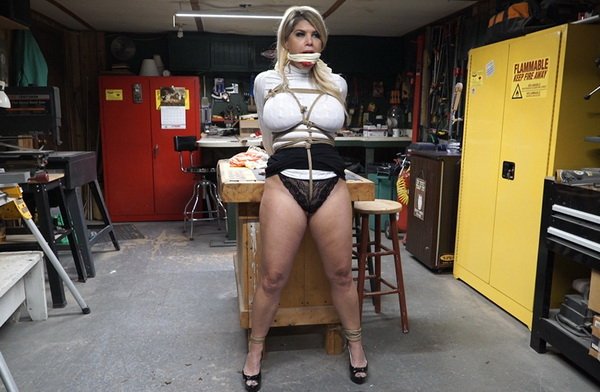 Investigator report Carissa Montgomery has stumbled upon what she thinks is an illegal poaching operations that has been rumored to exist for years. She phones her boss and promises that she is safe and will check in often. She’s excited that she will be breaking a big story and forgets that she might be in real danger. She is taking photos for evidence when she gets discovered. She next finds herself being tied up, and then gagged. She can’t get lose and eventually the poacher says he is going to take her into the house for fun and leads her away with a crotch rope. 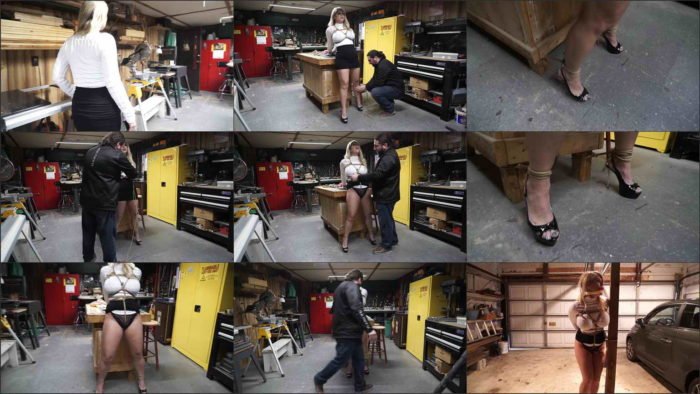 Stefania Mafra, You wont think this is so fun when I stuff a gag in your mouth

Janira Wolfe bound and gagged – I’ll be keeping your wife here all tied up until you come up with my money!