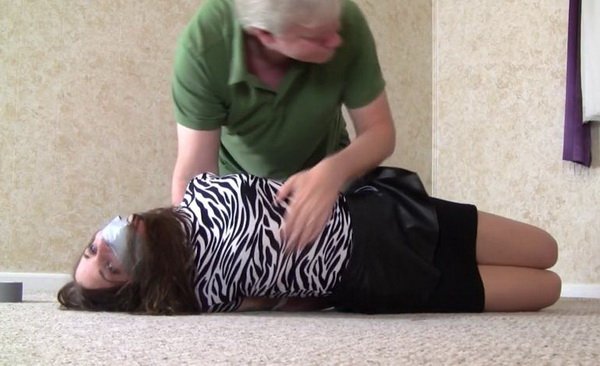 Amanda was called into the office because she made too many typing errors and was in need of some corrective bondage measures from Mr Big Boss. He spins her around and binds her wrists tightly behind her back. A gag is added and tape is wrapped tightly around her head silencing her before she’s bound in a harness that Mr Big Boss decides against before moving her to the ground for a hogtie. After a bit her hogtie is changed up from cross arms to the more standard wrists and elbows behind before Amanda is left to struggle and contemplate the errors she made in her typing. No escape for tied sweet Tilly!

[sexytiedgirls] I want to be tied up [Vicky, topless, gag, hogtie]

Deep Gag Ashley Be Careful What You Ask For