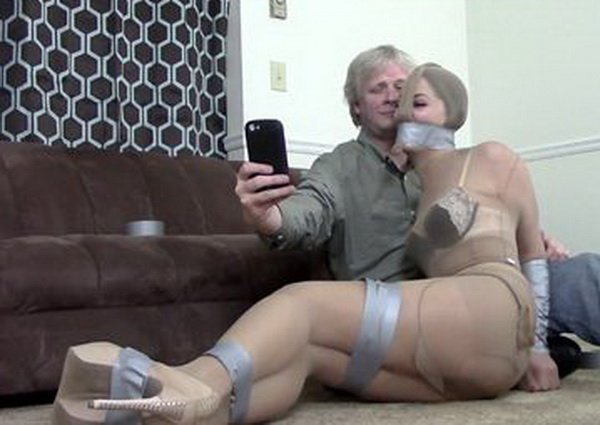 Terra is encased in pantyhose with eyeholes cut out for her eyelashes when we pick up with David wrapping her arms at the forearms. With the arms done David quickly ceases Terra’s complaints by shoving a cloth into her mouth and wrapping silver tape around her head sealing it in. Moving down the arches of her high heels are next and then her ankles. Finally her thighs are bound and per a promise David tapes the leg of the pantyhose hood to her face in between her nose. Eventually David moves in and gives her the hogtie from gag to feet pulling her into a tight arch where she has to control her breathing to deal with it. After a bit David takes mercy and there’s a bit of footage of Terra getting cut out as the clip ends.