Home » Bondage M/F » His pregnant girlfriend Lindsey caught him tying up and fucking another woman, gndbondage 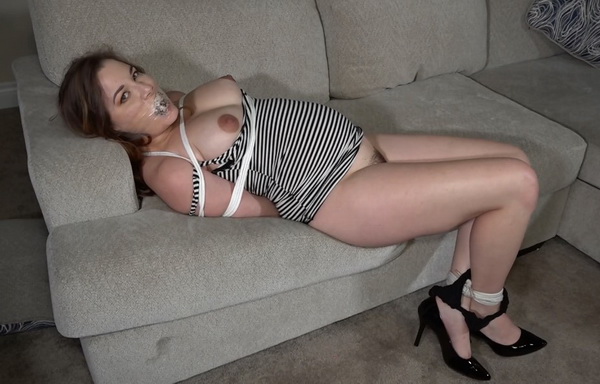 Lindsey arrives home to see a woman leaving. When she goes inside she finds her boyfriend resting. She also finds rope and a pair of panties near him. They are not her panties and they smell used. Then when she gets closer to her boyfriend, she finds that he smells like pussy. Now, very angry, Lindsey start to complain. She accuses him of playing bondage with another woman. She complains that he refuses to play with her. This is because Lindsey is 6 month pregnant. After a while, he gets tired of listening to Lindsey. He grabs her and starts to tie her up. At first she complains. But, then she admits that she likes it. The next thing Lindsey knows, her boyfriend stuffs him self in her mouth and she sucks him hard. When he is finished, the boyfriend stuffs to other woman’s dirty panties in Lindsey’s mouth and tapes them in to gag her. As Lindsey struggles bound and gagged, she gets very turned on. She pleads with her boyfriend to have his way with her. Soon, he gives her what she wants as he pulls her panties down and gets her legs up in the air. 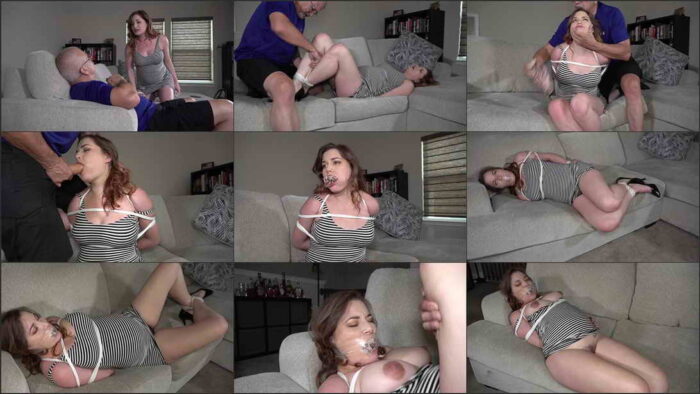 Nadia White GNDB1039 – Refusing to shut my mouth got me mouth stuff and gagged!
Get a PREMIUM Membership Now!