Home » Bondage M/F » Goldie Blair gndbondage – Attempting to escape got me stripped naked and tied up! 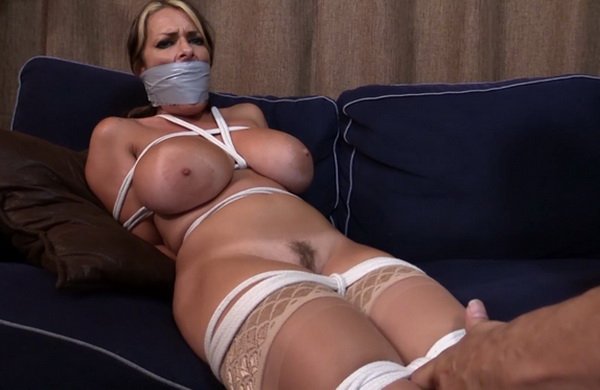 A man has come into her house to rob Goldie. He tied her hands behind her back, her ankles, stuffeds her mouth with panties and ties a sock between her teeth to gag her. He thinks this will keep her secure and out of the way while he gets what he is looking for. But as soon as he leaves her alone, Goldie starts working on getting loose. After a while, she gets her hands free and unties her ankles. But when she starts running for the back door, the man catches her. He brings her back in the room and realizes that he needs to secure her better. But before he ties her up again, he strips her. First her blouse and then her skirt. After removing her bra, he starts to tie her again. When he gets to her legs, he first removes her panties and throws them to the ground. Once he has Goldie all tied up, he stuffs her mouth with the panties she was wearing then wraps tape around her face and mouth to gag her again. Now except for a pair of stockings, Goldie finds herself completely naked and tied up again. She struggles hard to get loose, but this time the man tied her extra tight. She realizes there is no escape this time. It will be hours before someone comes home to find her bouncing her big tits about as she struggles bound and gagged. 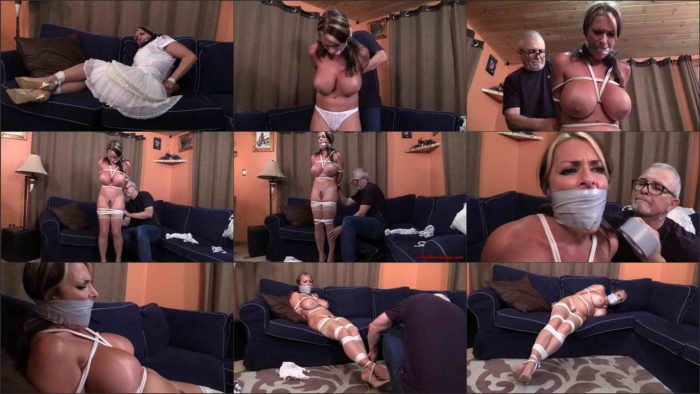 Gia Love Tied up Naked – We had a deal! I would let you fuck me if you promised to let me go!