Home » Bondage M/F » Crystal Frost – No one has to know the boss lets you tie her up after work! gndbondage 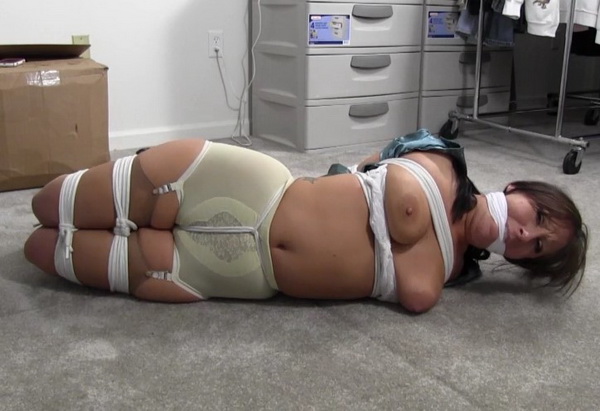 His boss Crystal told him to meet her in the storage room after work. At first, he thought he was in some kind of trouble. But when he got there, he found out he had a new job that he was to perform after work everyday. Crystal told him that she had a kinky fantasy to be tied up, gagged and played with in dark secluded place. She showed him where he could find some rope and told him to tie her up. Once he had his boss trussed up tight with rope, she told him that she was very turned on and that pretty soon she would be moaning loud. “You need to shut me up!” she told him. So he grabbed her by her hair and shoved a pair of panties in her mouth. He then tied a rag very tightly between her teeth to gag Crystal. With his boss now tied helpless and extremely excited, the man started fondling her through her clothes. After pulling her blouse open and lifting her skirt, he left Crystal to squirm on the chair. After a short while, he lifted Crystal off of the chair and bent her over. He pulled her tight skirt off and started to spank her through her pantie girdle. Crystal moaned with pleasure as he put her on her knees and pulled her boobs out of her bra. As he fondled her tits, Crystal’s moans got even more loud. She was so excited and could hardly control herself. Knowing exactly what his boss needed right now, he put her on the floor and tied a crotch rope between her legs. As he watched her herself into a wild orgasm, the man could hardly wait to pull her girdle down and give her what she really wanted. 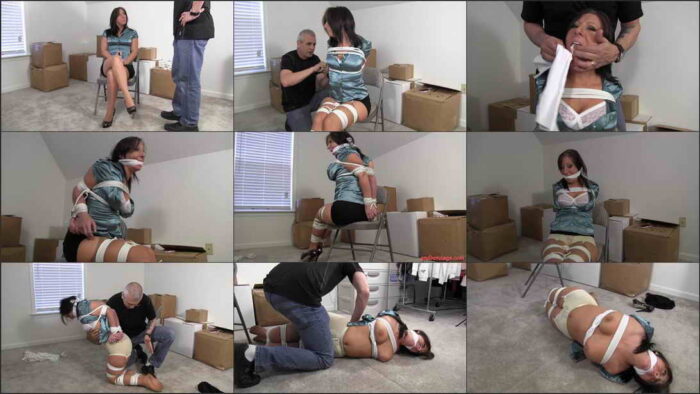 Crystal Frost Bound gagged and begging him to give it to her hard, gndbondage

Lauren Phillips gndbondage – I’ll fuck my way tied up, to get that promotion

Terra Mizu – Are you really going to leave me bound and gagged like this! GNDB0533

Dani Sorrento – What if I want you to tie me up in my full figured girdle! gndbondage
Get a PREMIUM Membership Now!