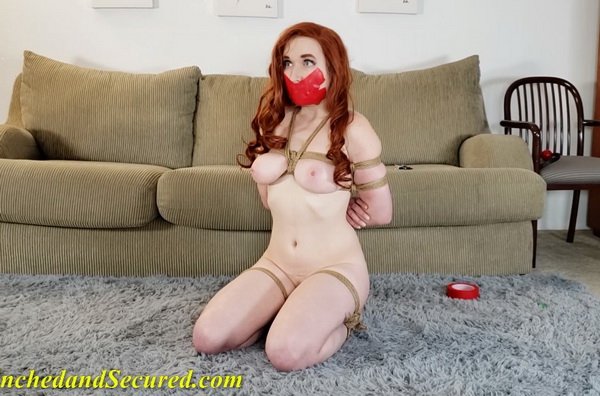 After spending an extended period of time in bondage, Dahlia has come to understand the appeal of restraint and the joys in giving oneself over to a master. She’s grown to love her helplessness in rope, and cherish the correction and lessons she has been taught. Now, stripped completely nude and bound in a frogtie, her vulnerability on full display, her large breasts clamped, her mouth filled with a bright red ball gag, she writhes slowly as she enjoys the sensation of helplessness. When her former study partner enters, she is excited to submit to him completely. At his command, she turns her body toward him, thrusting her chest forward as she awaits the pleasurable pain of the clamps being released from her nipples and the sensation of the feeling rushing back into them. She whimpers in ecstasy, locking eyes with new master, and when the gag is removed from her mouth she begs not to be released, pleading to remain his bound pet for as long as he will have her. Such devotion deserves a reward, and her eyes roll back with delight as he packs her mouth with a sponge ball and seals it with tape and a few wraps of medical bandage for good measure. Her breath coming in short gasps, she leans back into his arms, offering her body to him in total bliss. As his hands roman her flesh, her sighs show how utterly content she is, and when her master brings forth a vibrator, her eyes go wide. She has not been allowed to cum since her training began. Will this be the day? As their eyes lock and the vibrator goes to work, she is rocked by the most intense orgasm she has ever had. But she has forgotten the rules, and she has come without… 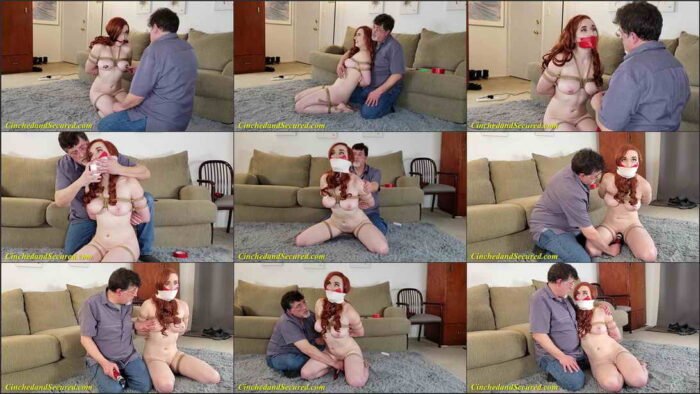