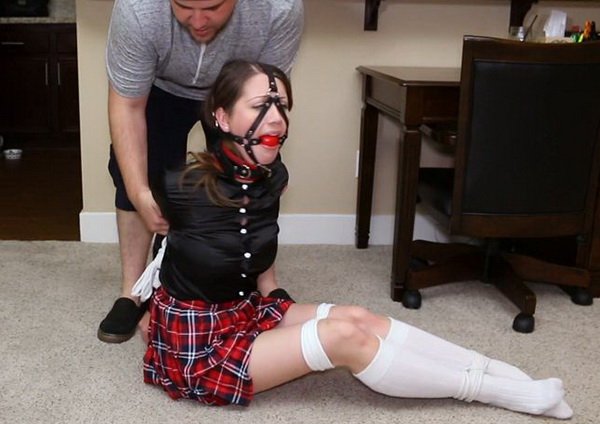 Chrissy Marie didn’t learn her lesson after what happened last time. She stopped wearing her ‘slave’ collar around school but she is still just as much of a teacher’s pet and was caught snitching on the school bully yet again! The school had decided to give him one last chance after she got him expelled last time, but this time he will never be allowed back at school again! Since he won’t be able to see Chrissy at school anymore, he decides he is just going to have to take her home with him! He tied up her wrists and knee socked feet and gagged her with a special harness ball gag he got just for this occasion, and has even more special things prepared for her back at his place!