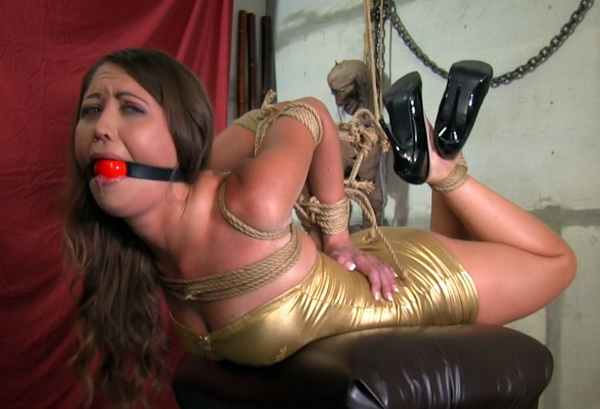 Captive Chrissy Marie – Chicken Winged Hogtie Torture. Chrissy finds herself in another intense bondage predicament! Her wrists have been tied behind her back, elbows tightly crushed together and arms were pulled into a chicken wing position. Then she was placed on the bondage table and her crossed ankles were bound and used to pull her into a strict hogtie. Finally a rope was tied from her hogtie up to the ceiling arching her back even further and securing her into an extreme chicken winged hogtie (off screen tying). 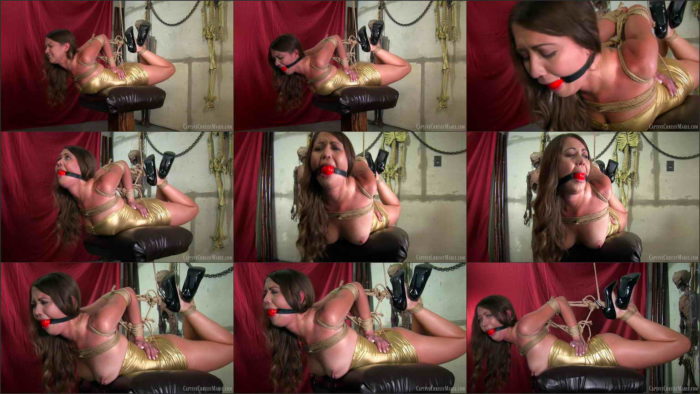 You can’t just barge in here and tie me upmmmmph!