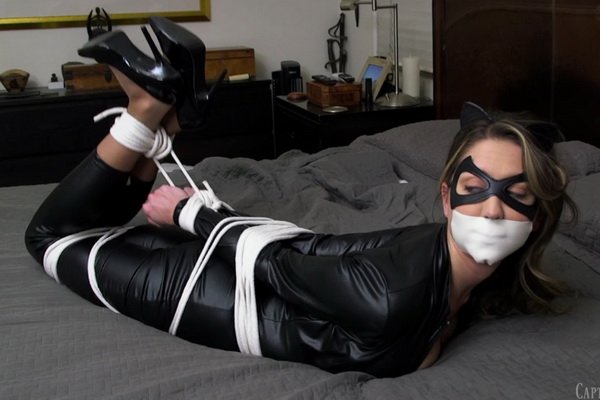 Catwoman was in the process of stealing a secret formula to make Batgirl her slave when she got caught by Batman! He used his batarang to tie bind her with ropes wrapped all around her body. Now Catwoman tied up and cleave gagged. She struggles furiously but with her hands tightly bound behind her back escape won’t be easy. Luckily her henchman finally returns and removes her gag. Catwoman is obviously annoyed as she questions him to where he was… he was supposed to be watching her back while she made the theft! The henchman explains that he had to go to the bathroom. “It’s impossible to find good help these days!” she remarks, obviously irritated. The henchman goes on to ask where Batman is and she explains that he went to go get Commissioner Gordon so they have to get out of there now! The henchman attempts to remove the ropes bur he’s too slow. Catwoman instructs him to grab the vile lying next to her that contains the secret formula and get her out of there… he can untie her later!… 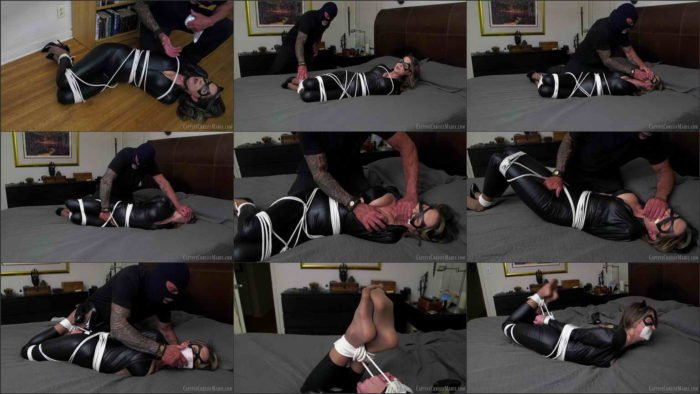 UltraGirl Chrissy Marie: The Thief Who Knew Her Secret