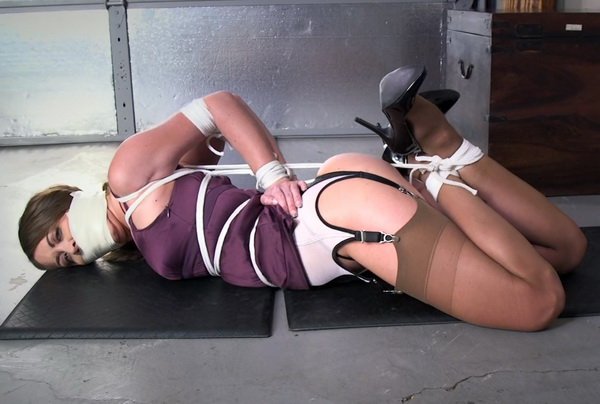 Captive Chrissy Marie Hogtied – The Magic Glove. Chrissy called him over to her place to find out when he is going to pay her and her husband back the money he owes them. Knowing that he already paid her husband back the money he is suspicious of the real reason Chrissy asked him to come over. Recently, the man has been on a trip where he bought an ancient artifact. It is a glove with magical properties. When he puts it on and touches someone with it, it makes them have to tell the truth. It also causes them to feel relaxed and aroused. When he shows it to Chrissy she tell him she can’t believe he would spend so much money on a stupid glove. Then he puts it on and grabs Chrissy by the arm. She immediately succumbs to it’s powers. It’s not long before he finds out the real reason she called him over. Turns out Chrissy’s husband is out of town and she wants him to play with her. When he lets go of her arm she snaps out of her trance, briefly confused about what happened. Then she goes back to lying about why she called him over. She doesn’t remember anything she said when he was touching her with the glove!… 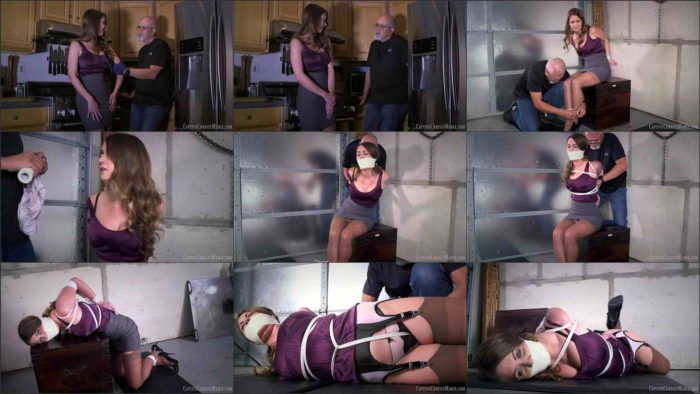 Captive Chrissy Marie Hogtied – You Wouldn’t Dare Tie Me Up!

Chrissy Marie Tied Up In Her Mom’s Vintage Lingerie

Chrissy Marie Taped Up & Turned On

Chrissy Marie Bondage – She Thought She Would Like It

Chrissy Marie Hogtied During The Heist