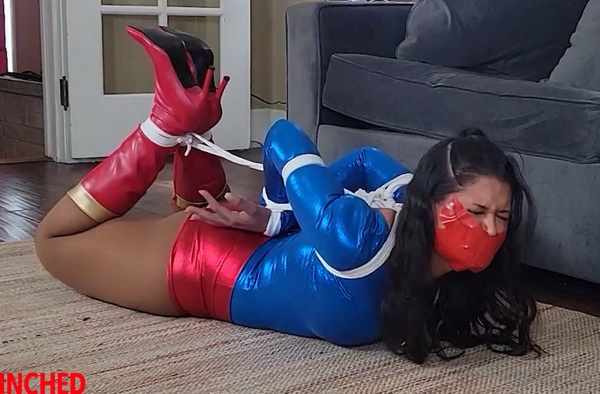 Calisa Bliss makes her debut as UltraGirl in this action packed new tale of superheroine suffering! After rescuing a man who had been cuffed and left in a closet, Ultragirl finds herself repaid for her kindness by being overpowered, hogtied and gagged by the very man she rescued!! Too late, she has realized it was a trap! No matter her struggles, she cannot free herself from her bondage, and soon she finds herself wrapped in an industrial strength plastic agent that makes even breathing difficult! Her top has been removed, as has her belt, leaving her powerless to escape the constricting cocoon! Even more alarming is the ultra powerful vibrator strapped between her legs, designed to overload her body and mind with pleasure, short circuiting her nervous system and erasing her brain! Can she escape, or will she climax herself into oblivion?? 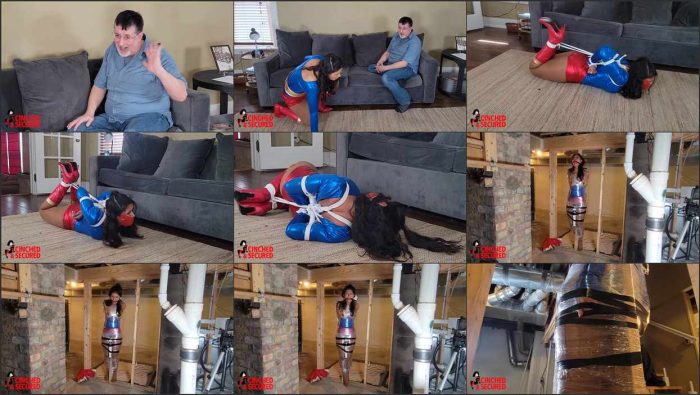 Kendra Lynn – Home Alone, Must Get to the Phone! Cinched and Secured