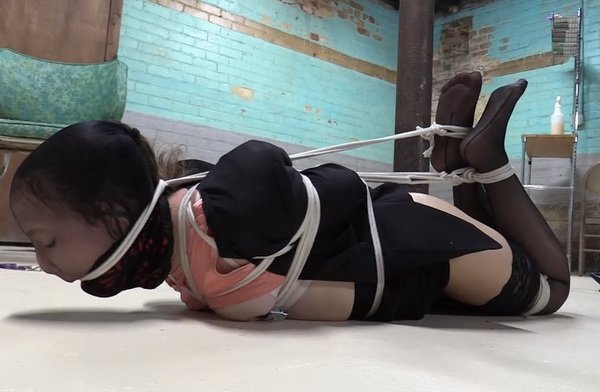 This brilliant young entrepreneur named Elizabeth (played by Brooke Bliss) thought she had come up with a way to do many many blood tests with only one small finger prick. She was convincing and charismatic and investors flocked to her. The medical world was beyond excited, however it never really worked… billions of dollars in money and dreams down the drain. So one day a woman who was angry that her husband had invested all of their millions into the endeavor snapped and went after the young woman. Pretending to arrest her and taking her away and tying her up and gagging her and taking photos to share with the world and then once she had done enough to her she left her hogtied with a nylon over her head and called some other angry investors over to have their way with her in way worse ways than she did. 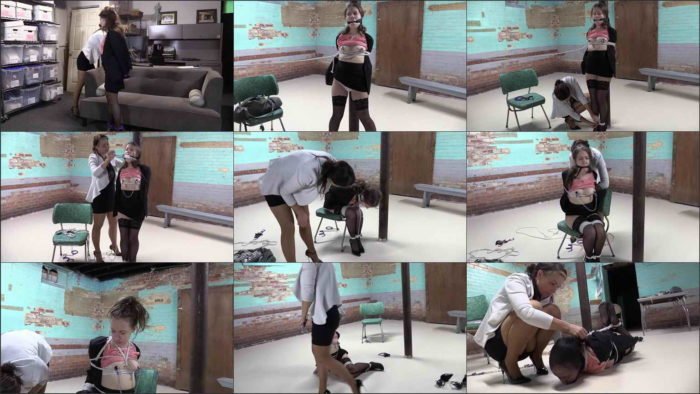 Constance bondage – Satin clad secretary tied up against her will

Adara Jordin bondage – I’ll be getting the promotion that I deserve at any cost!

Brooke Bliiss bondage – Out from under the desk

The lady of the night gets revenge, secretary bondage (continued story from Kiss my feet whore)