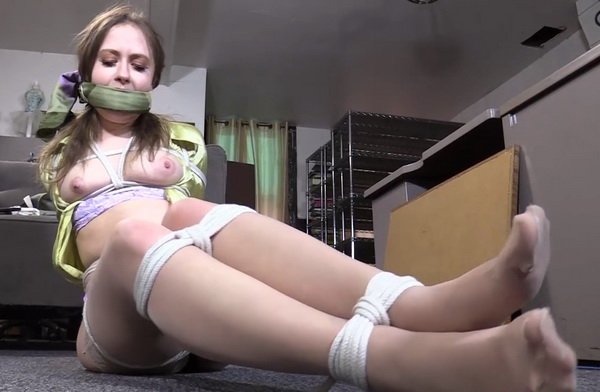 Brooke Bliss comes out from under her sug dads desk. He tells her that he has to go to the atm to get her some cash. While he is away his angry wife comes in and has her way with the cute little thing that he has outfitted in all of his favorite things- satin blouse, satin panties and even satin boots. First she is gagged with her scarf, then a ballgag and then a bandana and cleave with her scarf over it later. The girl is forced to parade around in boots, struggle on the sofa and then gets hogtied with JJ wearing her satin boots. The sweet young thing is hogtied and her toes are tied and stocking is put over her pretty young little head. JJ comes in before she takes off and removes the girls stocking cap and gag and tells her at some point someone will come to pay her the fee and untie her. 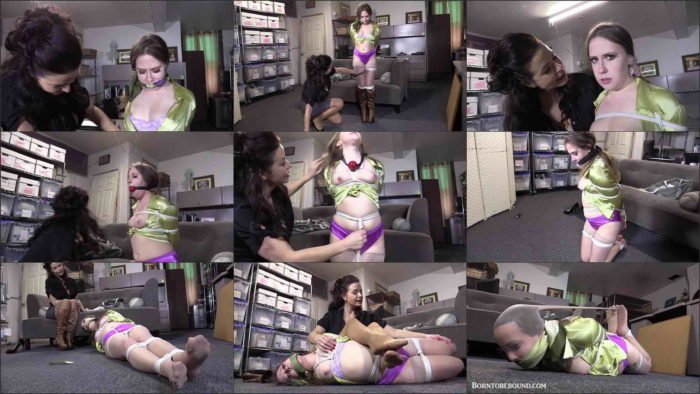 JJ Plush bondage: Delona ties me one night at Boundcon for fun

Fed up maid Adara Jordin gets her boss JJ Plush