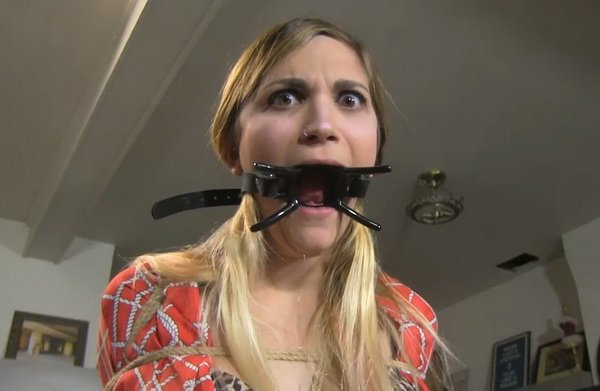 Pretty office girl Ayla Aisel bondage and robbed. Adorable office girl Ayla is minding her own business when a woman comes in and ties her up. She is gagged with her own scarf and then tied up before being placed in a chair. The scarf gag is not effective enough so an erotic open mouthed gag goes in to humiliate her. She drools all over herself. Next she gets put into a little ball and then finally into a hogtie after one more gag change- stuffing and cleave gag and then later more wrap over all of that and then finally some tape over that. 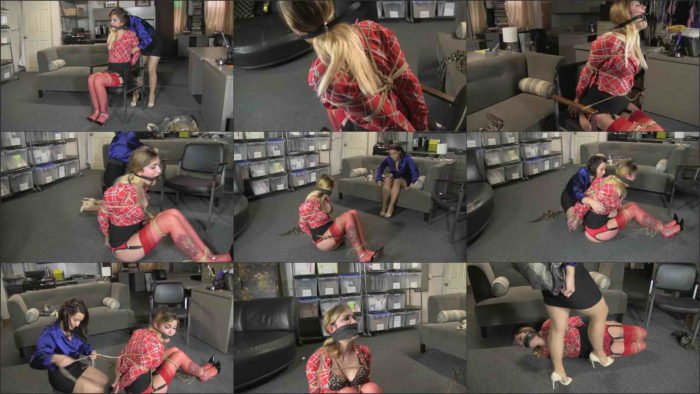 The pretty brunette had to spend the night hogtied in rubble