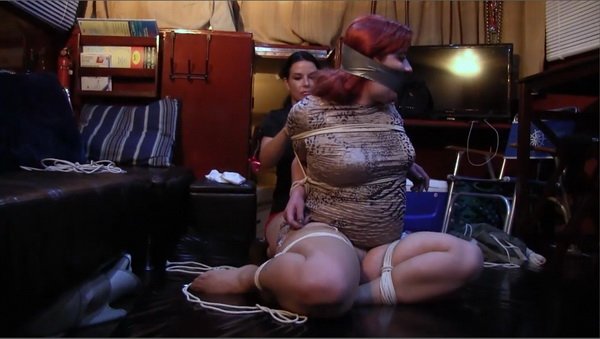 We took Freshie out on the boat on a clear but cold day during the week. I figured I would be able to shoot on the back deck without anyone being able to see. Well the weather changed quickly and the wind really picked up. We headed back in and shot her at the dock instead. Here she gets elbow tied and tied indian style with her head pulled down to her ankles. She has been harshly cleave gagged, then it is time to change the gag from that to a squishy ball and clear tape. I tip her over and demonstrate that it is a good tie for sex. She has never been in this position before. As I release her from it her response was that it seems kind of dangerous. I don’t think she cared for it. I have her stuff her mouth and then wrap duct tape around her head and then she is retied into a frogtie, elbows tied together and hands off to the side. Her hair is pulled back into the tie and I let her struggle about like that. Mizuna Kitten is Back From Hiatus Full version