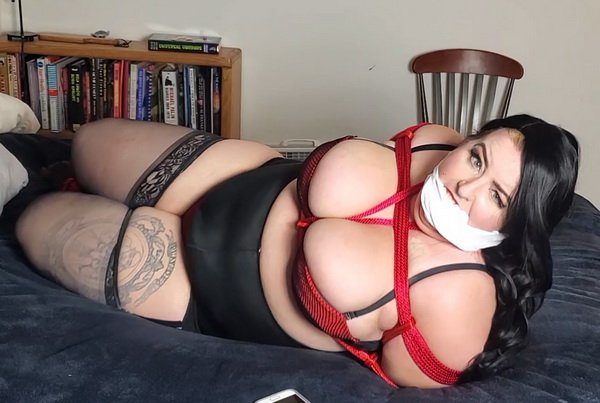 Big, beautiful Bettie Buxome was thoroughly enjoying her glamour shoot with a new photographer when he asked her an odd question: had she ever considered doing bondage modeling?? Bettie had no interest until the photographer promised her a very large sum of money, and feeling playful, she accepted. Soon the busty beauty was bound quite thoroughly, and she immediately began to regret her decision, especially the way the ropes bit into her bountiful flesh! When she told the photographer she was unsure about the whole thing, he stuffed a big rag into her mouth and tied it in place with a fat, tight cleave gag! Surprised, she began to protest but the photographer paid no attention to her muffled complaints. Instead, he pulled out his phone and made a call to a party, stating that he he had the parcel all packaged and ready for delivery. Wide eyes, Bettie stared in disbelief as the truth hit her; SHE was the package! Now determined to escape, she thrashed and struggled with all her might, her gigantic tits threatening to spill out of the bra that could barely contain them! She tried to struggle to the phone the photographer left behind but only succeeded in knocking it off the bed! Sobbing into her giant mouth filling gag, she pleaded uselessly as the photographer returned to add a very tight OTM gag to her plight! Now silenced to his satisfaction, the poor girl could do nothing but moan and beg, knowing that with every passing second, her days of independence were vanishing into the past! 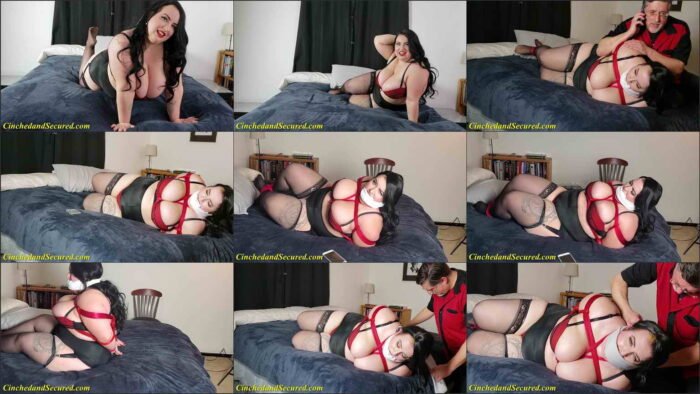