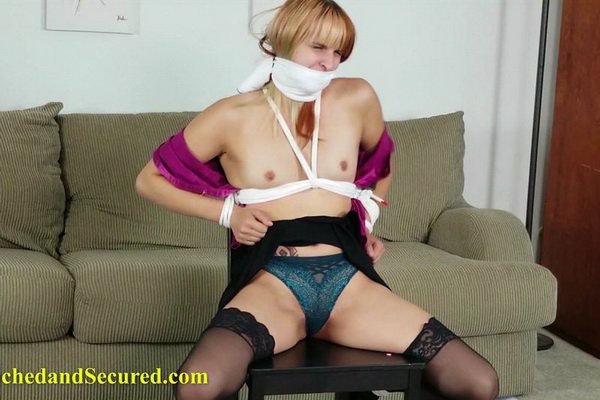 Rosie’s life was so boring, what with her always finding herself under the controlling thumb of her rich father, the town banker. Rosie had always dreamed of being an actress, so when she received word of an independent film casting in her area, she simply had to take a chance. She worried she wouldn’t be as good as the other candidates for the role due to her lack of experience, but when she learned the part was that of a ransomed daughter of a rich businessman, she knew she had a shot! She didn’t think twice about letting the crew tightly tie her to a chair for a screen test, but once the “director” clamped his hand over her mouth, she started to wonder if the physical requirements were going to be too much for her! Her unease continued to grow as the crew tore her clothes off, revealing her small, perky breasts and her skimpy panties, and her cries and grunts of distress were completely ignored as they gagged her over and over again. Finally, the truth came out: There was no movie! It was all a trick to capture her and hold her for ransom! Rosie got the part of the captive heiress, all right, and she was going to get far more “experience” in the role than she ever wanted! 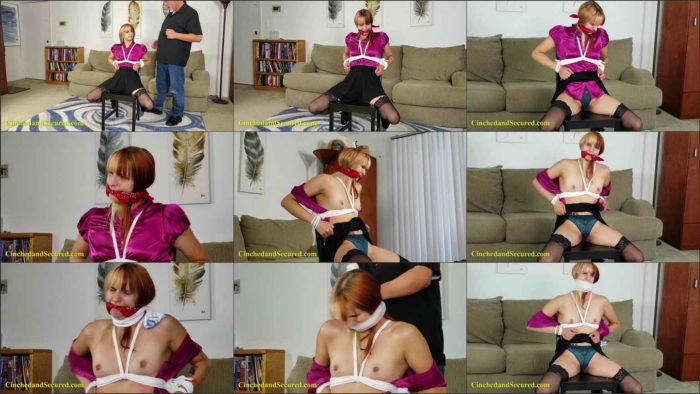