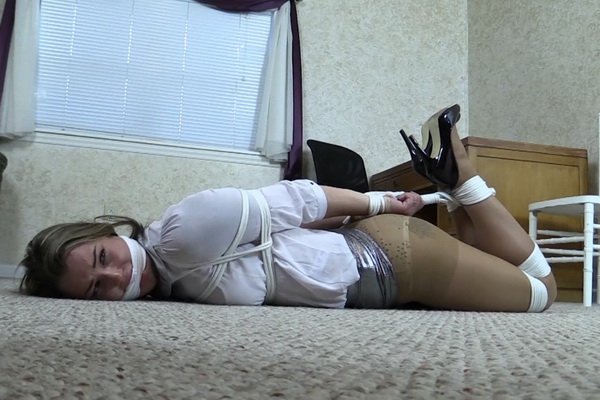 Sahrye is at her sons school talking to his teacher(Belle Davis) about a behavior problem. It seems that he is involved in playing little bondage game with other students and the teacher has the proof in her desk drawer. Several coils of rope. But Sahrye is a very kinky mom who has a side job as a dominatrix. She has lots of experience with securing women into letting her tie them up. She senses Ms Davis to be very submissive and desirous of Sahrye’s attention. In fact Sahrye suspects because of the way she is dressed that she even planned for an afternoon of kinky fun. So Sahrye makes her move. Using the confiscated rope, she starts to tie Belle up. Her suspicions are true as she can tell the teacher is very turned on. Soon she has her tied up tight and helpless. But not helpless enough. She stuffs her mouth with panties and ties a cleave gag between her. ” OMG!” Bell panics. “What have I got myself into!” But it is too late, she is at Sahrye’s mercy. But for this first encounter, Sahyre only wants to teach her a lesson. She leaves Ms Davis hogtied and gagged in her office. The next time they meet, Sahrye plans to use Belle as a sex slave. This time she just wants to humiliate her. 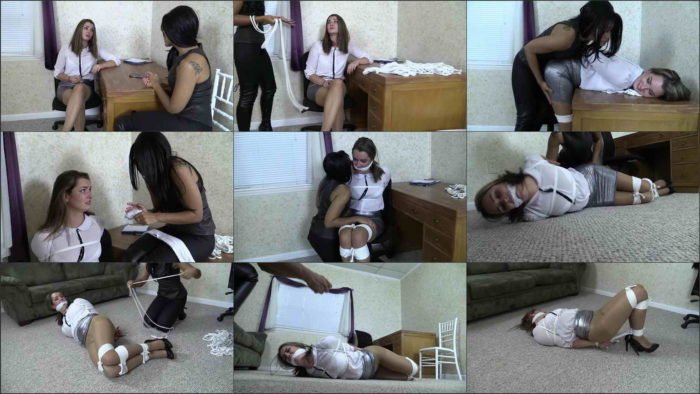 The pretty girl kept yelling for help from the back of the car, but no one could hear her muffled cries [Whitney Morgan]

She cut my Dress off and Shoved it in my Mouth, Rachel Adams Tied