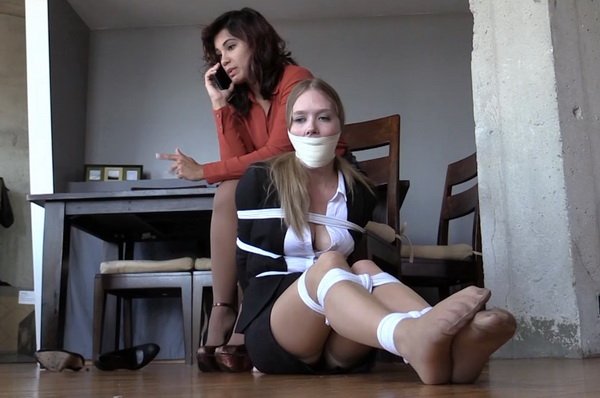 Sahrye and her husband are looking to buy a new place to live. So with a real estate lady named Star, they are looking at a loft in the downtown area. But as Star shows the couple this place, Sahrye cannot not help but notice that the real estate lady is coming onto her husband. In fact Star is totally ignoring anything that Sahrye says or does. At one point, Sahrye decides she has had enough with this flirting saleslady and finds a way to send her husband away. The minute he leaves, Sahrye grabs Star. Using rope she finds laying around, she ties the real estate lady up. Star tries to protest, but Sahrye ends this by stuffing and taping her mouth to gag Star Now bound and gagged at the hands of the hot tempered wife, Star tries to struggle her way loose. But things get even worse when the jealous wife pulls her skirt off and hogties her. She also rolls Star on her side so she can pull her blouse open and her bra down. Now Star is totally humiliated because not only are her boobs exposed, she also isn’t wearing any panties. 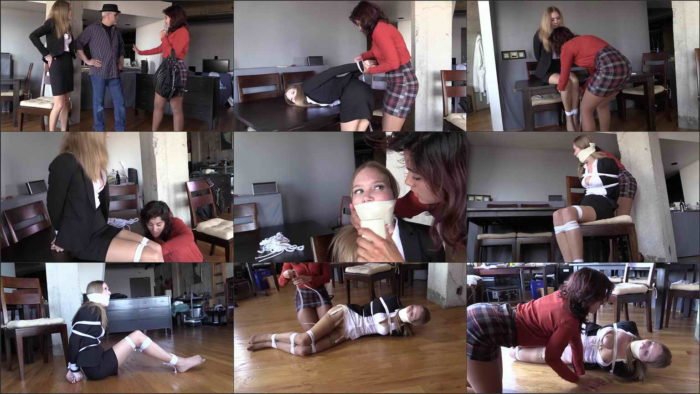