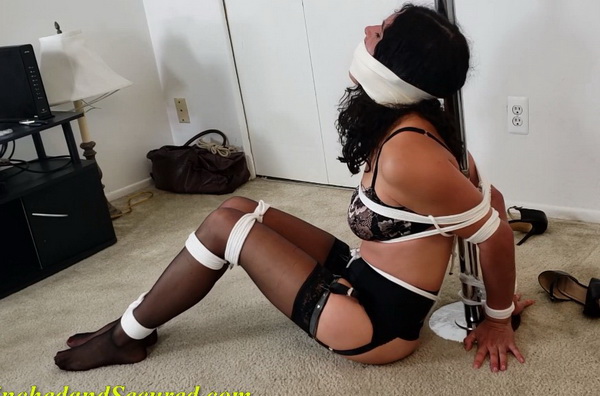 The burglars had certainly made swift work when it came to looting the home, and even swifter work when it came to securing their victim! Poor Bella was tightly bound to a pole, stripped to her lovely bra and panties, complete with stockings, garters and high heels! Her cries of anger and frustration were very effectively muffled by the huge was of packing that had been rudely crammed into her protesting mouth before being secured with a very tight wrapping of micro-foam tape that fused her lips shut! Left alone, she struggled to free herself, kicking off her heels and writhing fruitlessly against the pole, grunting with frustration at every moment of her Twisting and turning, she tried her best to find a knot, ignoring the pain in her elbows which had lashed together around the pole. She sank to the ground, hoping to find an easier position in which to explore her bindings, but even this proved useless. She would be stuck until her husband came home, but in her mind she wondered if he would be her rescuer, or if the burglars would return for a more energetic prize! 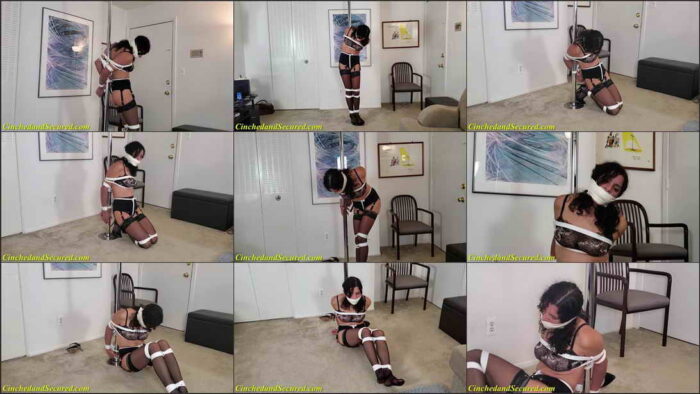 Raven Eve and the Magic Leather Straitjacket, Cinched and Secured