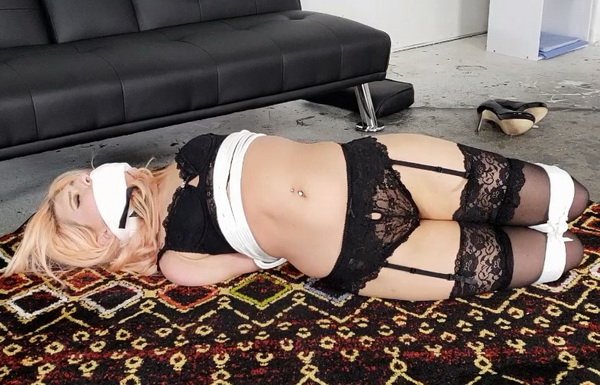 Autumn’s step-father has something I very much want: money. Fortunately, I have something he very much wants: his step-daughter! Unfortunately for Autumn, she’s just become the bargaining chip in a very dangerous game of nerves. Bound and gagged in her skimpy lingerie, she has found herself to be the bargaining chip that will ensure I get what I want, providing her step-father isn’t too stubborn (or stupid) to blink first. In the meantime, she’s in for one hell of an ordeal as she struggles through her tight bondage, the ropes digging into her sweet young flesh, the gags silencing her most effectively, the packing in her mouth making it difficult to suck in the precious oxygen she needs to effect her escape! She struggles and writhes to no avail, even hopping around the safe house where she is kept a prisoner. At one point, she manages to grab a nail file and saw away at the ropes, only to have her hopes dashed when she is caught and hogtied tighter than she had ever dreamed was possible! The cleave gags and OTM gags keep her moans to a volume that will NEVER be heard by any potential savior, which is too bad for her, because as she soon learns, even though I get what I want from dear old step-dad, I have NO intention of returning her to safety! 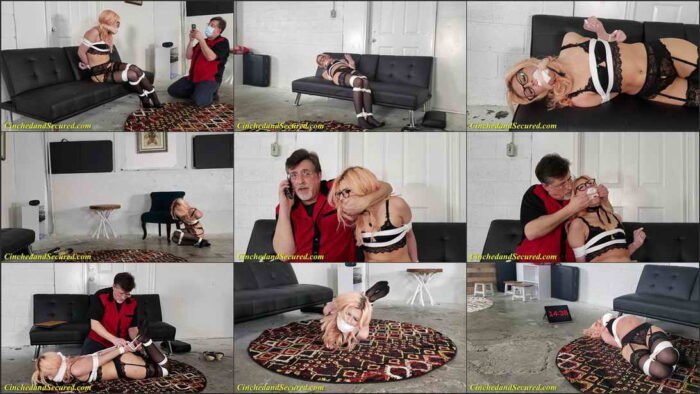 Autumn Dais and the Elder Gods, Cinched and Secured