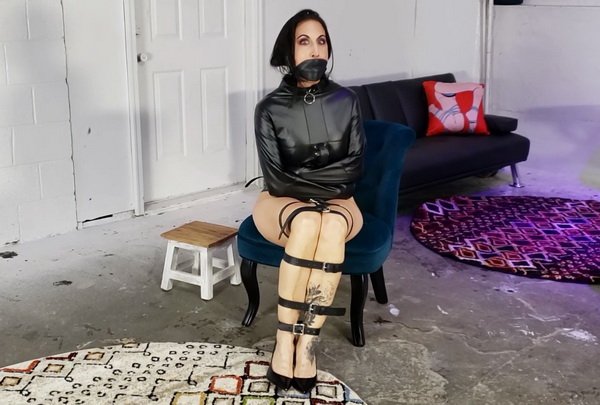 After her last run in with enchanted restraints, one would think Professor Raven would be more careful, but unfortunately, her curiosity and her ego again got the better of her when a mysterious package was dropped off at the school. Rather than document it and place it in an enchanted holding case, Raven decided the sexy garment would look VERY got on her toned body, so she took it home, forgetting to alert the staff as to her intentions. Once home, she tried the garment on, only to find it magically cinch it self up, trapping her arms and hands in a tight embrace around her slim waist! She tried to free herself, realizing the only was out would be to cast a counter spell. Unfortunately for her, a nearby enchanted gag had other ideas, and it quickly flew across the room, lodging in her open mouth and rendering speech impossible! Now in a panic, Raven fought against the unyielding, crushing embrace, rolling about the floor in her lingerie, her longs legs magically fused together by enchanted straps that materialized from nowhere! Too late she asked herself the question of who would set such a trap, as her questions were answered by the unseen demonic presence whose laughter echoed in the lonely room! Begging for release, Raven was magically dragged off to who knows where, to face only God knows what! 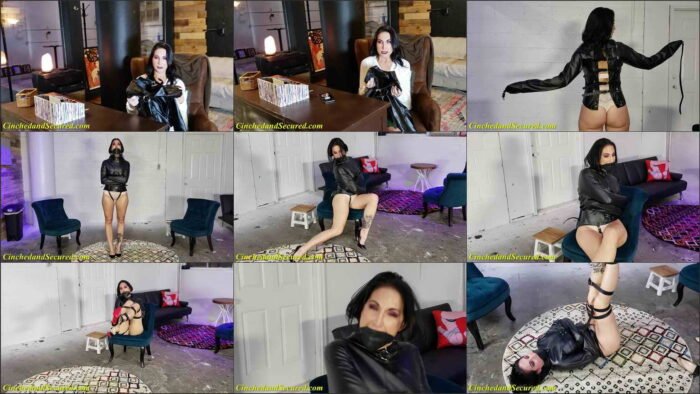 Cinched and Secured Raven and Genevieve – The Going Away Gift