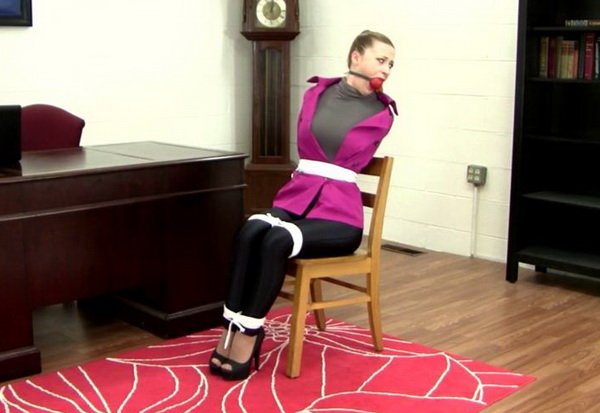 Serene walks into the office to meet her appointment only to realize that there’s noone there and that she’s early. Suddenly a man sneaks up behind her and grabs her taking some rope and binding her wrists and elbows tightly together. Spinning her around she asks him what he’s doing as he brings a large red ballgag up to her mouth and he shows her what he intends to do by shoving it into her mouth and strapping it tightly behind. Serene is then forced down into the chair in front of the desk and her high heeled ankles are bound together. With that bondage being finished he leaves her to struggle in the chair by herself… [OfficePerils.com] Belle Davis : Caught In The Self Bondage Act [Self Gagging, Struggling]