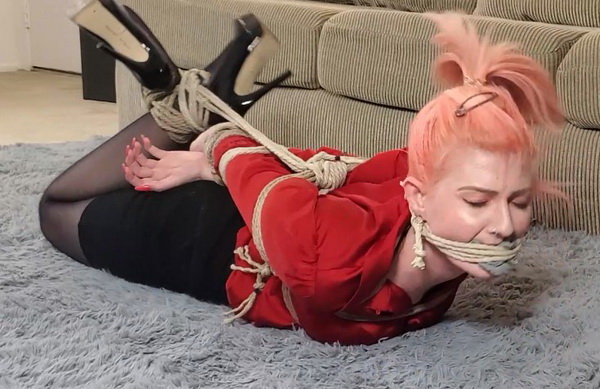 Autumn is one of the best high tech hackers in the business, and she’s found a very lucrative partnership with some nefarious people, accepting huge paydays for breaking into various systems and stealing data, patents, new technologies and even money from anyone, as long as someone else is willing to pay a hefty price for the service. Unfortunately for her, she’s double crossed a very vengeful client, and now she’s gonna pay! Quickly and savagely bound in VERY tied rope, her mouth packed and held fast with a mean rope gag, she can only squirm and grunt as the situation is laid out for her. She stole from them, now they’ll steal HER! Once she’s had her own system hacked and all her ill gotten gains transferred to her former partner, she’ll be making a little trip overseas as the plaything of some very mean and very depraved parties who’ll take great delight in sampling every delight her tiny body holds! In the meantime, she’ll need to learn not to speak until she’s given permission, so her gag is removed, only to have her mouth now filled with a fat red ball gag! A swatch of ultra sticky micro foam tape is smoothed over it, ensuring she won’t make any appreciable sound for a long time! Left to struggle as she awaits shipment to her new life, she wonders just how far her captor is really willing to go, and she’s VERY much afraid that she’s going to find out! 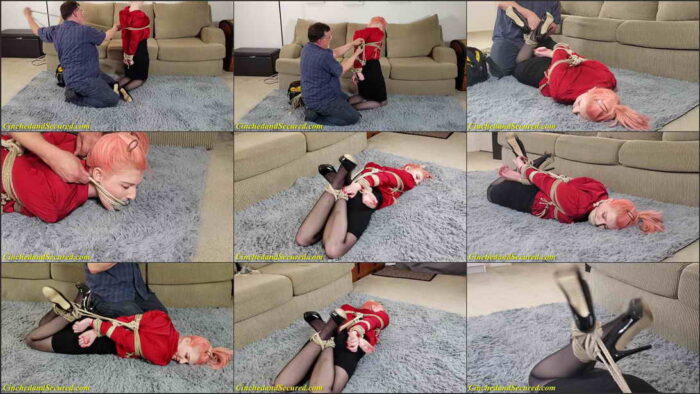