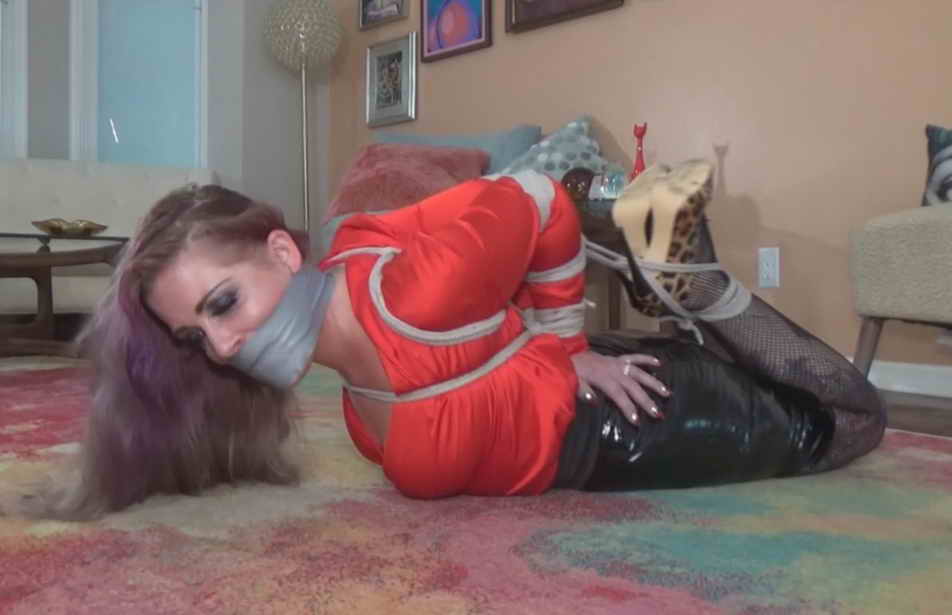 Sexy blonde Whitney has been tied up lately and really needs a few hours of strict tight bondage to relieve her stress. She visits the Hunter knowing that she won’t be disappointed. She sits in a chair and talks about how much she needs bondage in her life. She stands up and places her hands behind her back then shows off her flexiblity by pressing her own elbows together. The Hunter grabs some ropes and ties her elbows tightly together then moves down and ties her wrists. Whitney really loves having her elbows fused together and the feeling of ropes biting deep into her flesh. The Hunter then wraps more ropes over her shoulders and runs the rope down her spine to her bound wrists. He has her assume the position by raising her hands to just below her shoulder blades which juts her elbows out from her back. The Hunter pulls the rope up between her bound wrists and pushes her hands up a little higher to test her limits. The ropes are then wrapped around her chest then cinched tightly between her wrists and back. Whitney takes a seat as the Hunter ties her slender ankles tightly together. Once her ankles are tightly bound and cinched he helps her off the chair and onto the floor. A rope is tied between her blound stiletto heels then run up between her bound elbows. He pulls the ropes bowstring tight asking Whitney to tell him when it is tight enought. Whitney smiles big as she arches her back as the Hunter pulls the hogtie rope bowstring tight until her stiletto heels almost touch her bound elbows. The Hunter ties off the hogtie rope and balls up a torn rag. Whitney opens her mouth big inviting him to stuff her mouth with the rag. He then seals her mouth shut with layers of duct tape wrapped around her head. He leaves Whitney alone to enjoy her strict bondage and work out her stress as she struggling in the tight bondage. 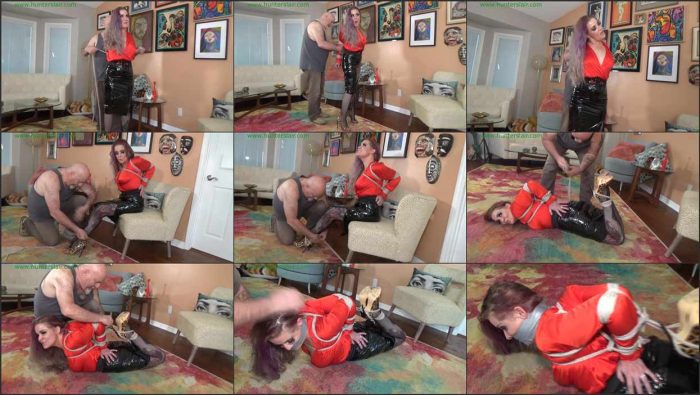