Home » Bondage M/F » When I tried to Protest, he stuffed and taped a gag in my mouth! Star Nine oldschoolbondage 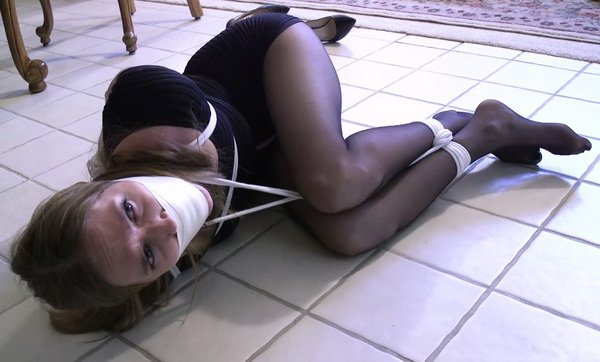 Star has come to his place for a modelling job interview and audition. But when she gets there, the guy tells her that she doesn’t have the look he is looking for. Stars feelings and ego are hurt and she insists to the man that she can do the job. When it becomes obvious to the man that Star will not leave without being shown a good reason why he will not hire her, the man grabs her. He tells her that he will show her that she cannot handle the job. He then brings out rope and ties her up tight. As expected, Star protests and demands to be untied. But instead, to shut her up, the man stuffs and tapes a gag in her mouth. After watching Star protest through the gag as she struggles bound and gagged, the man uses more rope to tie her more helpless. Then he puts her more humiliating situation by tying her in a strict ball tie where her dress rises all the way up her hips to show she isn’t wearing panties under her sheer pantyhose. Finally, the man hogties and crotch ropes Star. This is when he realizes that she is perfect for the job he has. 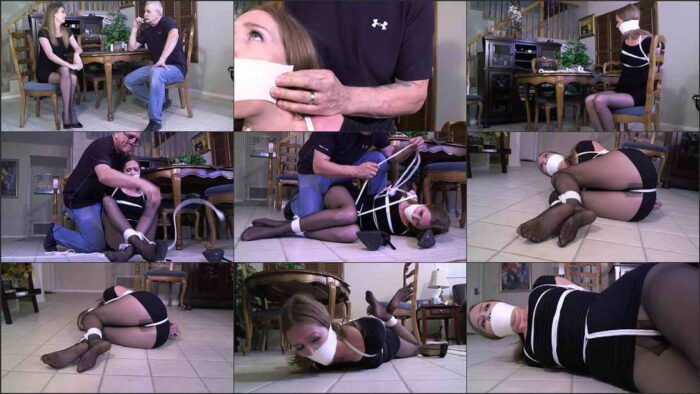 Do what you want to me! I’ll even let you tie me up! Kendra Lynn oldschoolbondage

Janira Wolfe bondage, I need you to tie me up! oldschoolbondage