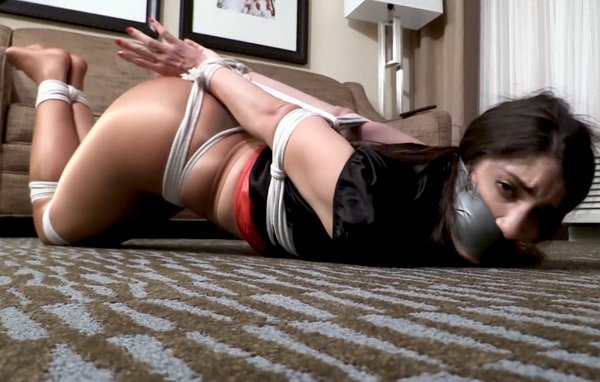 He was sent to hunt down his boss’s run away girl friend Arielle and bring back home. After finding her hiding out in the next town over, he took her to his hotel room. But as he tried to make arrangements to get her back to his boss, Arielle refused to go without a fight. The man had no choice but to tie her up tight with rope. Of course Arielle had to protest her treatment and he also had to tape a large wad of panties in her mouth to gag her too. Still Arielle resisted. But being tied up helpless, it didn’t take her very long to realize it was no use. About all her struggling did was make her tight skirt rise up her hips and soon she was struggling bound and gagged in her very shiny pantyhose. 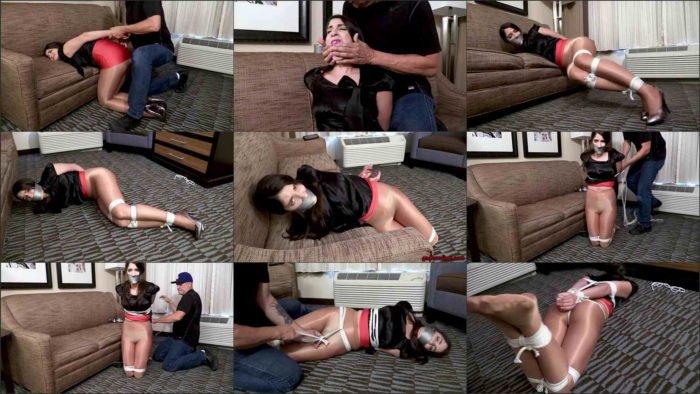