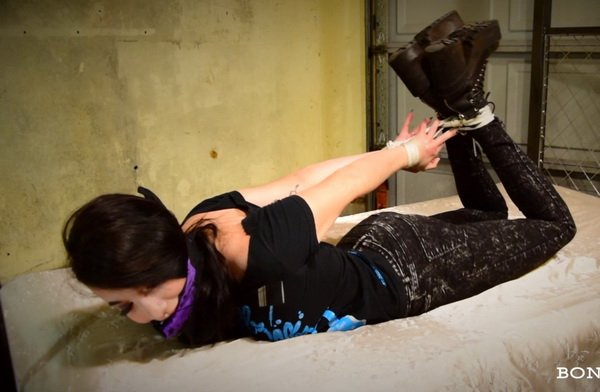 Band groupie Vesper Luna scored a backstage pass to meet her favourite band after the concert, and a friendly man shows her the way backstage. Once they get back there, the man tells her that he has to do something first, before she can meet the band. Vesper Luna has never been backstage before, and wanting to make a good impression, she innocently agrees. The man grabs some rope, and begins to tie her hands behind her back. Thinking that this is just part of getting to meet her favourite band, Vesper goes along with it. The man starts to get a little rough with her, and pushes her down onto a nearby bed. Vesper is a bit confused as he ties her ankles, then pulls her into a tight hogtie. Vesper looks at him, but before she can say anything, the man cleave gags her tightly with his bandanna. He tells her that this isn’t really the backstage, and that the band is not coming to meet her. Vesper Luna struggles to get out, but the man grabs her backstage pass from her & leaves her there to struggle. 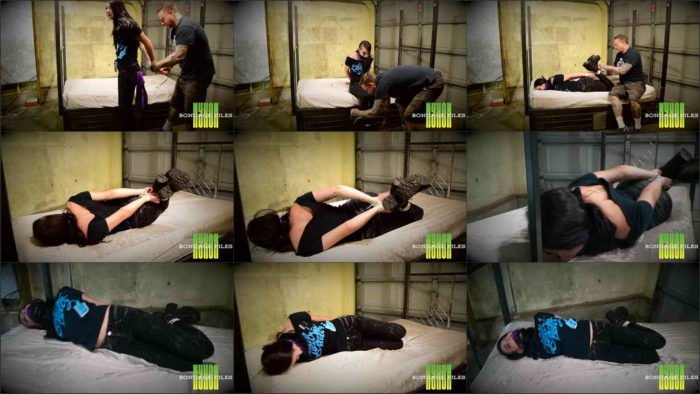 Nyxon Damsel In Distress: Blackmailed By Her Step-Son