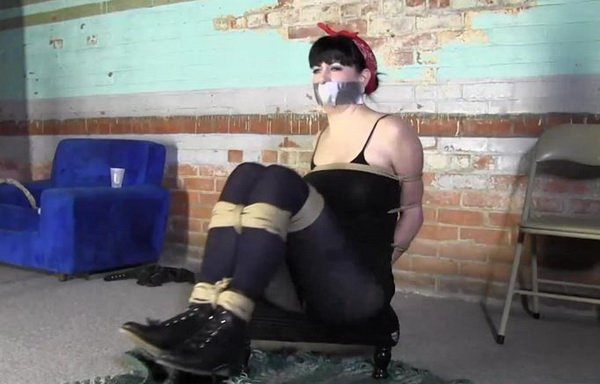 Nosy Nyxon decides to investigate an old warehouse, and the clip opens up with her sneaking down the stairs into the dark basement. A man comes out of nowhere, grabs her from behind & places a large white rag into her mouth. The man pushes her into another room where he ties her up tightly. She is placed on a low stool where the man ties her arms behind her back, and her legs are tied tightly together. He places 2 pieces of duct tape over her mouth to secure the rag in there & to make sure that she doesn’t spit it out. Nyxon struggles on the stool for a bit & she notices a pair of scissors, on the floor. She is able to grab them, and she tried to cut herself free, until her captor comes back in the room & takes them from her. He then places her on the floor on her stomach, and arches her back up into a tight hogtie. He then points to something across the room & tells Nyxon that there is a bomb over there, and she only has a few minutes until it blows up. 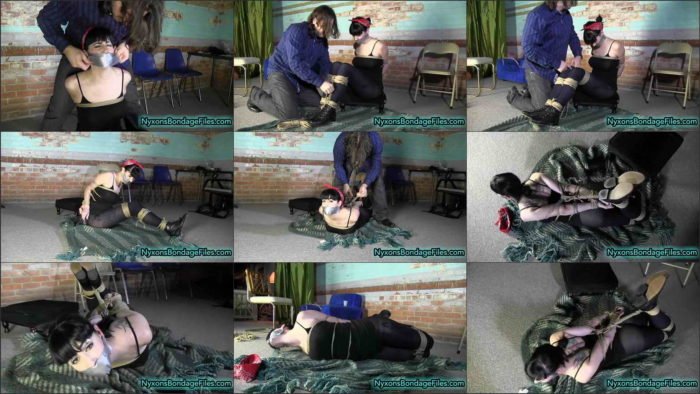