Home » Bondage M/F » Veruca James & Dixie Comet gndbondage – You’re gonna have to tie me up too! 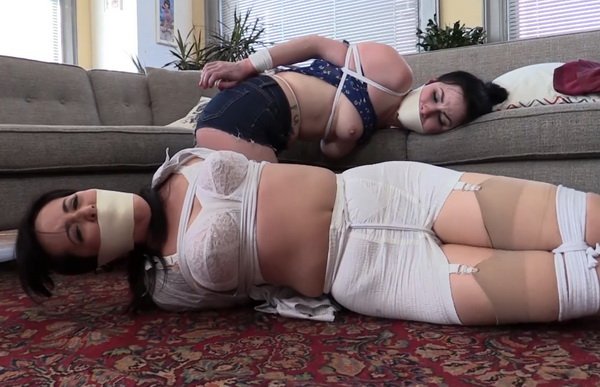 Dixie was waiting for her baby sitter Veruca to show up when a man broke in, grabbed, tied her up and gagged her. Then a short time later, Veruca showed up. When she found Dixie bound and gagged, she thought it was some kind of game she was playing with a new boyfriend. Then the man who tied Dixie up came in and told Veruca just that. That he and Dixie were playing a game of cops and robbers. Veruca told the man she had always enjoyed playing that game when she was younger and wished she could play again. So the man told her that he would be happy to tie her up too. In the mean time, Dixie is trying desperately through the gag to tell Veruca that the man is not a friend but a real robber. But a short time later, Veruca is tied up and Dixie watches as the man stuffs her mouth and tapes her up to gag her too. Finally after struggling bound and gagged with Dixie for some time, verruca finally figures out what is really going on. But by now it is too late. Soon Veruca suffers from her mistake when the man removes her gag so he can stuff her mouth with something else. When he is done with her, she tries to spit everything out. But the man quickly re-stuffs and gags her mouth. He then puts her back on the floor so she can struggle tied up and gagged with her panties down next to the hogtied Dixie. 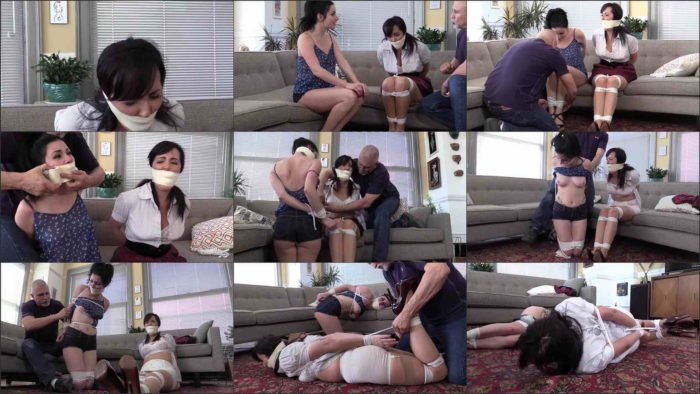 Christy Cutie tied up and gagged, stuff that gag back in mouth and do knotty things to me until