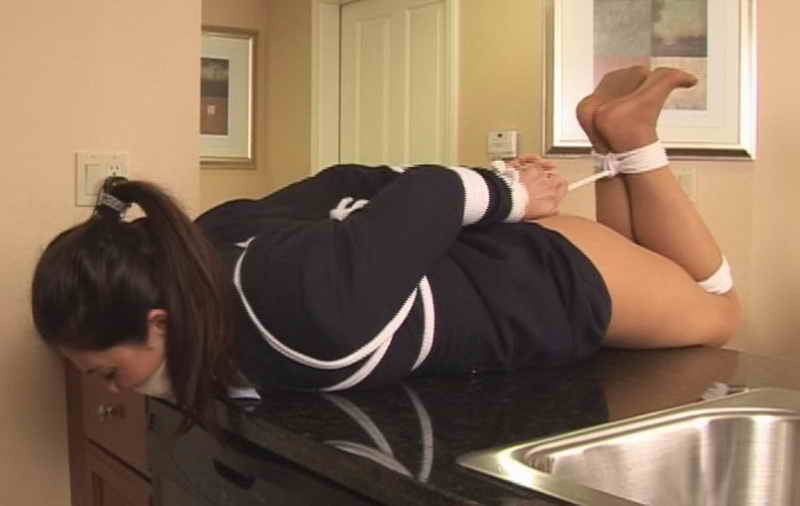 Tomiko shows a condominium that is for sale to what she thinks is a potential home buyer. But he has no intentions to buy the place. Instead his plans were to lure Tomiko inside so he could grab her and take her away. He grabs her and her to bend over the kitchen counter so he can tie her up with rope. Once he has her all knotted up, he stuffs a gag in her mouth and then wraps white tape tightly around her face. After leaving Tomiko to struggle bent over the counter, she stands up as is she is going to try to hop away. So, the man lifts her up onto the counter and hogties her. Now if Tomiko struggles too hard, she runs the risk of falling off the counter. But this doesn’t stop her from trying and soon her skirt hikes up above her hips to give a view of her panties under her pantyhose. The video will end with the man taking Tomiko out of the hogtie. Then with Tomiko trying to resist and protest, he lifts her up over his shoulder and carries her off as she kicks and squeals through the gag. Tomiko is tied and gagged on screen. 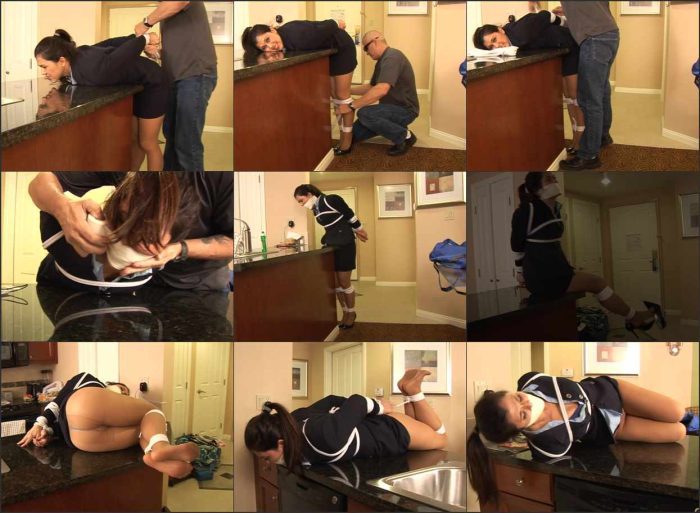 Fayth on Fire – Take her out back! Keep her tied up and gagged! gndbondage

Chrissy Marie – He took me inside so he could tie me up and gag me! gndbondage

Vivian Irene Pierce – Hotel Manager gets herself in a Bind, gndbondage

Amanda Kent Tied up and gagged by a burglar, gndbondage

Vicious Vamp – Full Figure Girl driven away hogtied and gagged in the back of her car, gndbondage