Home » Bondage M/F » The security guards gagged me and hogtied me & then posed for photos with me like I was their trophy. 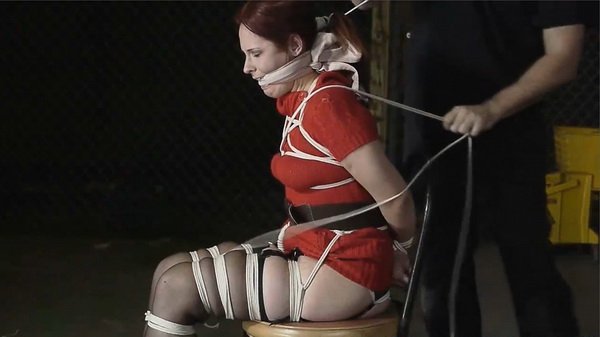 Chrissy Daniels is trespassing and snooping around on private property. She enters an “Authorized Personnel Only” Area and tries to open locked doors. The security staff, consisting of Eric and JJ Plush, is watching her on the cameras though and they are waiting for her. She is grabbed by Eric. He grabs her with 1 arm and clamps his hand over her mouth with his other. They take turns groping her and pulling her hair as they position her and tie her wrists behind her back. They crotchrope her and also tie her ankles leaving a few inches between them. Now that Chrissy s restrained and gagged they tie another rope to her crotchrope and start leading her down the hallway. Eric smacks her ass to get her moving while JJ pulls on the crotchrope leash. Office girl robbed and left tied up brutal on a box

Harness Ballgag and Rope Bondage Mina in Our New Bedroom