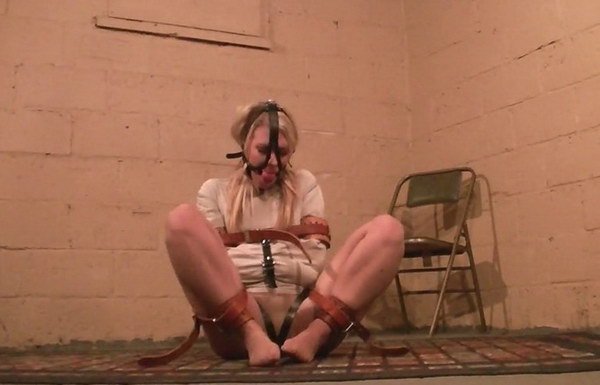 Kitty’s been kidnapped, forced in to a straitjacket and leg cuffs, and chained up in a basement. She struggles to free herself but her captor only gags her and makes her restraints more restrictive… Later he switches the ball gag for a harness gag, and straps her legs into a frogtie. Latina trophy wife Sahrye trussed up and stuffed like a little piggy, struggles bound and gagged