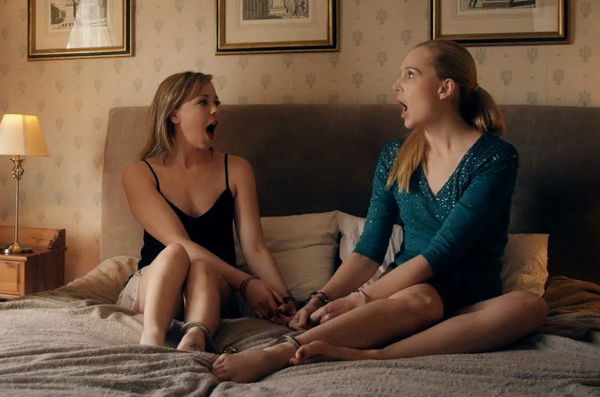 The Roleplay (Ariel Anderssen, Lucy Lauren and the Travelling Disciplinarian, Part Three). Nude in metal girls Ariel and Lucy have met up at a hotel and booked Byron Richards, the Travelling Disciplinarian, as their dom for the evening. He’s administered a good hard spanking, and now the girls want a roleplay! Richards plays a policeman, and Ariel and Lucy are hackers who he’ tracked down! He locks the girls in their favourite metal bondage- and they plead with him not to arrest them. Is there some way they can avoid him sending them to jail?
There’s a hiccup or two in the roleplay- Richards has to drop out of character to make sure the cuffs are double locked and aren’t cutting in too much, and Ariel and Lucy manage to head-butt each other when they try moving while they are chained together. Byron makes them bend over the bed, pulls their panties down and administers an hard hand spanking… as a prelude to the dreaded wooden hairbrush! Bouncing bright red bum cheeks ahoy! The girls are really getting their money’s worth from the Travelling Disciplinarian! 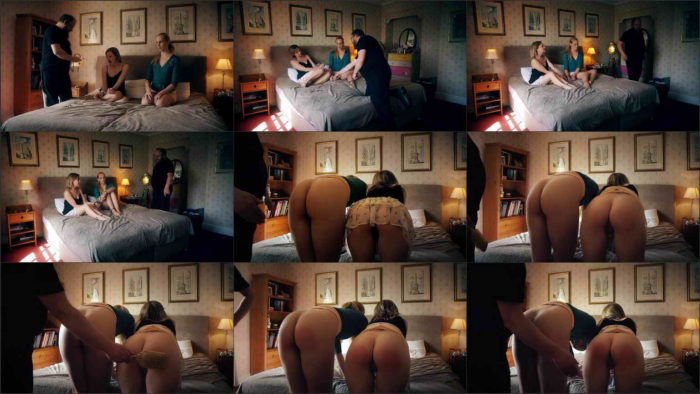