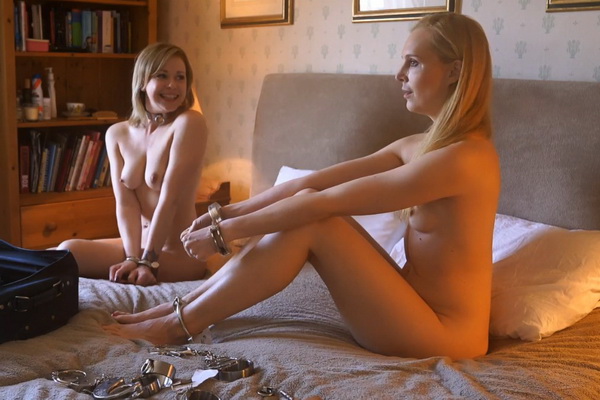 The Nude In Metal Society (Ariel Anderssen, Lucy Lauren and Travelling Disciplinarian Part One). Ariel and Lucy Lauren have been hanging out online on the Nude In Metal Forever forums, swapping tips of where to get the best in metal bondage fashion second-hand. A few private chats later and they decide to meet up in a hotel half way between their home towns. Lucy Lauren promised to bring her suitcase full of metal bondage for the two to try- and Ariel says she’ll pay for the hotel. She knows Lucy Lauren has some rare pieces, designer Irish-eights, Clejusos, Hiatts’s, some really classic nude in metal statement fashions. Ariel favours the SM Factory sets, though truth be told she’s never even laid eyes on some of the rarer pieces in actual real life before! The two gorgeous girls lock each other into a succession of stunning metal bondage items… and then dare to confess to each other that nude-in-metal is more than just a fashion for them. It’s a sexual thing. Each has dreamed of being enslaved, dominated, even owned, locked into metal bondage and forced to remain naked at the whim of their master or mistress. But… two submissives together in a hotel room, how much fun can they REALLY have, if neither of them wants to be the dom?… 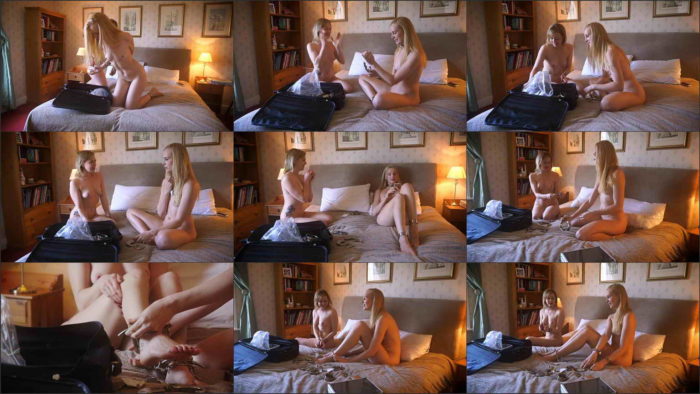