Home » Bondage F/F » The not so great, Constance the Great in bondage 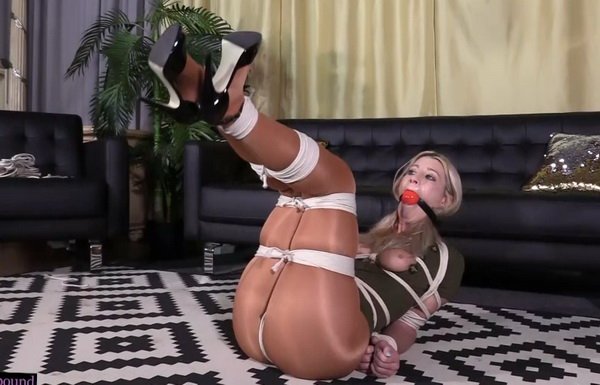 Constance is straitjacketed in a bodysuit, shiny pantyhose and open toe heels. She is a magician and usually has no problems escaping but she is having an off day and caught up in the sj. Her roommate comes in and she removes the posey straitjacket. Constance says she has a show later that night and asks her roommate to please tie her up so she can practice. The bondage goes a little too far, with her elbows bound and then also being put into a balltie with an enormous scarf in her mouth and finally a stocking cap is put over her head. Her roommate gives her a pillow to be funny. She struggles very hard but she can not escape. After a bit the roommate re-enters and takes the hood off and scarf out of her mouth and tosses her a pair of scissors and tells her to get out that way, but to be careful not to cut herself getting out. 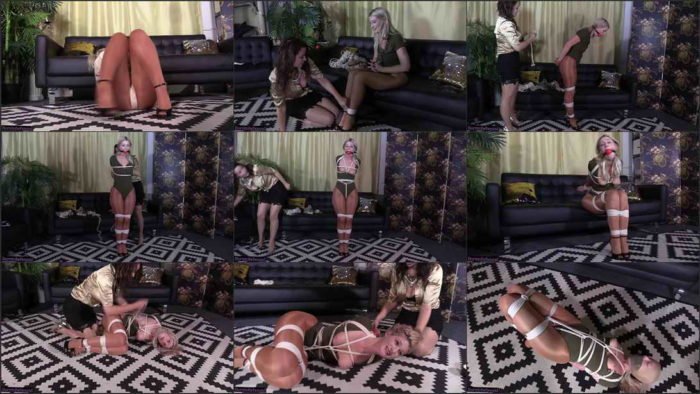 Constance rope bondage, she had a lot of energy, so I slowed her down

Borntobebound – Constance Taped up and kept out of the way

Illustrious Rogue borntobebound – She thought she would be able to escape