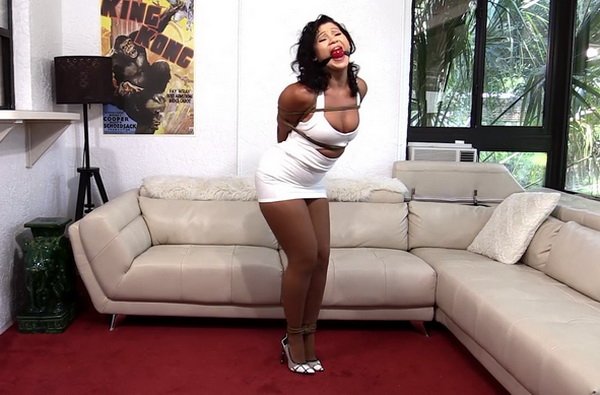 JJ is recently single and broken hearted and she and Sahrye decide to go out for the night. JJ usually dresses relatively conservatively compared to her younger sexier friend but Sahrye decides to make JJ a bit more sexy in one of her outfits and pairs of heels but it didn’t work. The fella that JJ had eyes for came on to Sahrye who looked a bit more classy while she was in the ladies room. JJ felt uncomfortable in the club wear and was upset at her friend for leading her in the wrong direction. She decides to practice some bondage on her against her will early in the am hours after returning from the club. 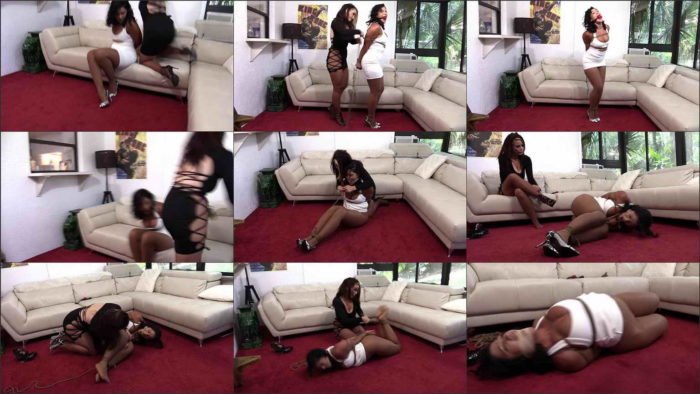 Caroline Pierce and Maria Marley – The Spy vs. The Spy Complete

Rope bondage model Muriel – tied up by the pool

Adara Jordin bondage – I didn’t agree to be crotch roped on a balcony!

Dominica Bondage, Borntobebound – She was flirting with me and grabbing my tits like this…